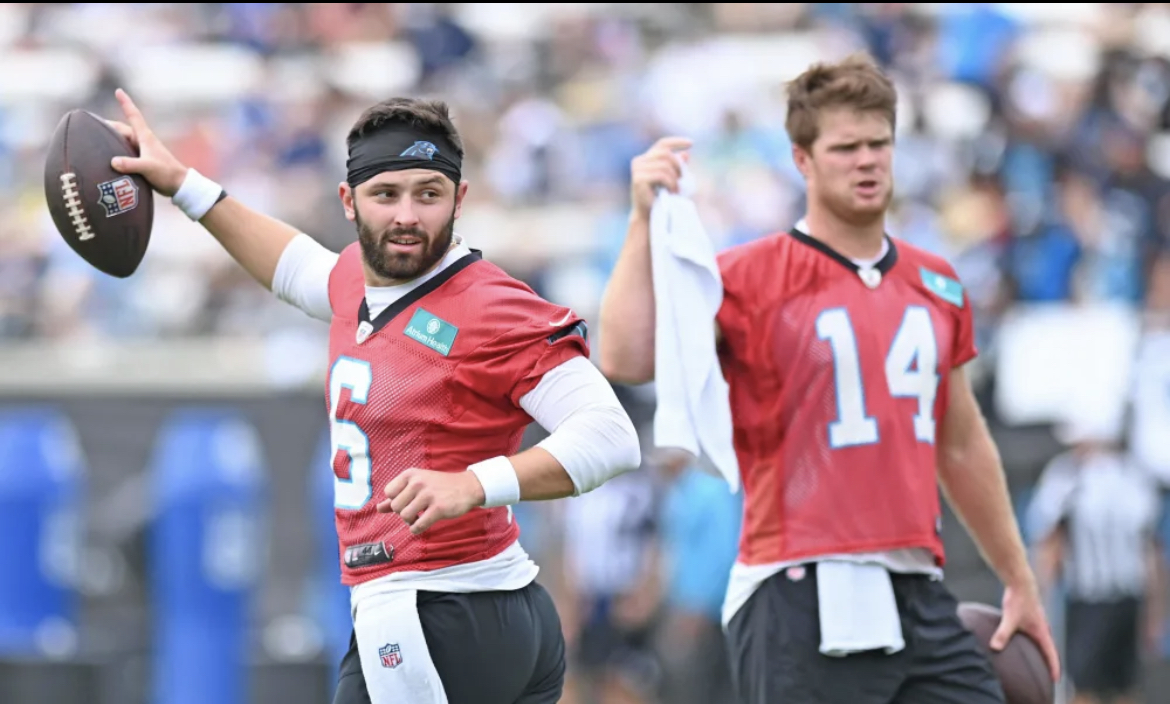 The Carolina Panthers have yet to decide on who will be their starting quarterback this season. While all signs point to Baker Mayfield. head coach Matt Rhule stopped short of announcing that the 2018 No. 1 draft pick will be handed the reigns. Speaking to media on Wednesday, Rhule stated, “I think the thing I’ve said all along is you know, I want to at least get to this point. When we know, we know, and so it could be at any point. It could be two more weeks from now; it could be now.” He went on to say that the coaching staff wants to be thorough in their decision. “We have a really good plan, you know. We’re not winging it. We have a really good plan and I sometimes don’t feel at liberty to share it out of respect for the guys.”

There are a couple of guesses as to what that plan may be. Reports surfaced on Thursday that the team is primed to name Mayfield the starter, but the team has not confirmed the reports at this time. With the Patriots playing their starters, Carolina has opted to showcase the second and third teams for the majority, if not all, of this second preseason game. With that being said, PJ Walker gets the start and will alternate quarters with rookie Matt Corral. Does that mean that Walker is being groomed as QB2 with Corral bringing up the rear? General manager Scott Fitterer has maintained that the team will keep three quarterbacks. With the Panthers trading up to draft Corral, trading late for Mayfield, and on the hook for Darnold’s fifth year option; Walker seemed to be the odd man out. Or is he?

When the dust settles, there is the possibility that Darnold will not be a Carolina Panther for the duration of the season. Back in March, an insider shared the very realistic possibility of the Panthers shopping Darnold by eating a significant portion of his $18 million contract and adding a young defensive player to the trade package. As training camp progressed, the head start that Darnold had over Mayfield as far as timing with the receivers as well as familiarity with the new Ben McAdoo playbook became nonexistent. Mayfield has also taken on the role of teacher. He has taken Corral under his wing and is often seen mentoring the Ole Miss product – and presumably Carolina’s quarterback of the future. It doesn’t seem to be productive to keep both Mayfield and Darnold, with the starter always looking over his shoulder if he has a bad game or series. The Panthers have a plan; just what that is will become clearer as we inch closer to kickoff of the regular season on September 11.