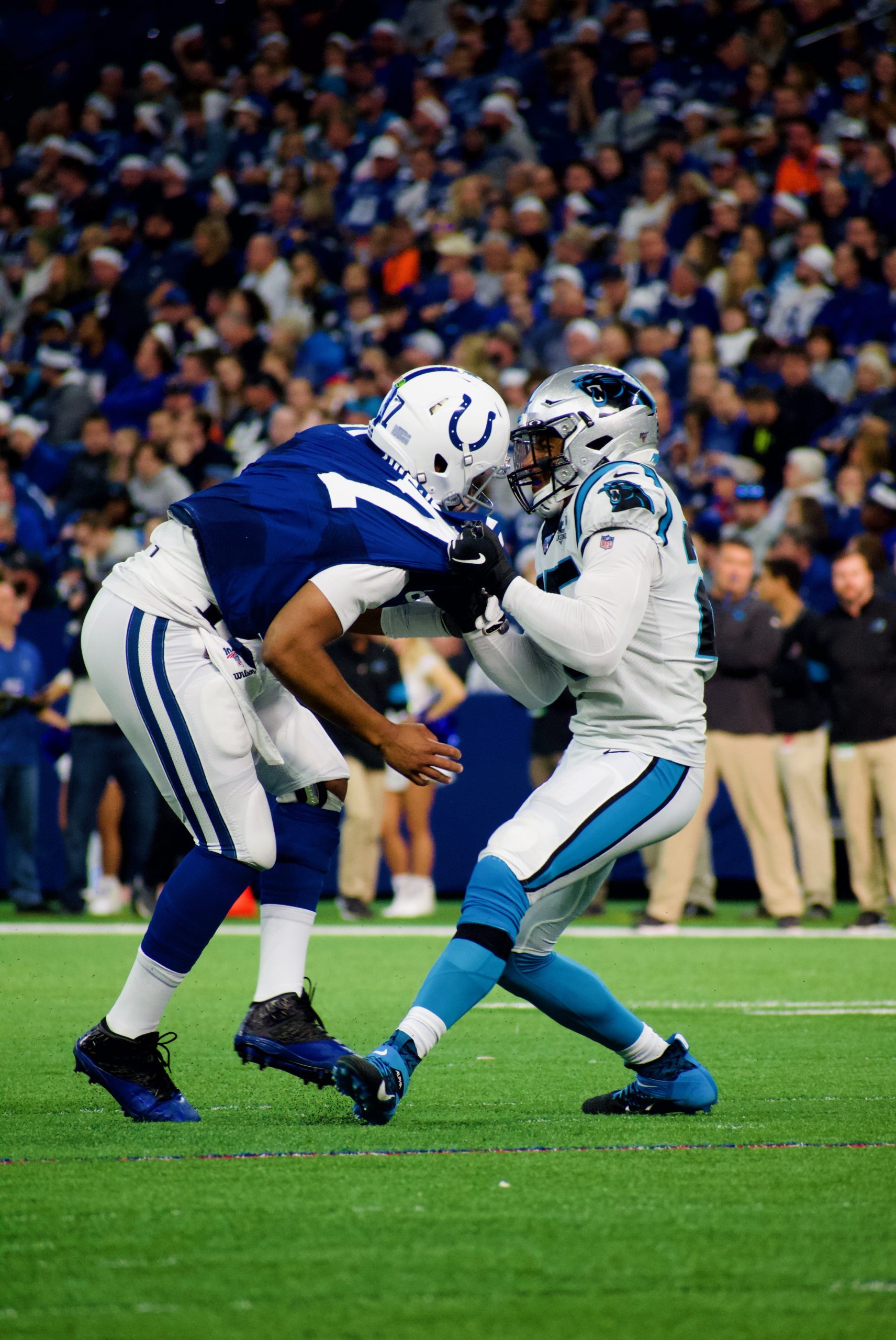 Eliminated from playoff contention and in the midst of a six-game losing streak, the Carolina Panthers felt it would not hurt to shake things up a bit. Rookie Will Grier was named the starting quarterback earlier in the week following Kyle Allen’s struggles. The third-round draft pick had not played since the preseason where he had the worst PFF grade of any rookie. There was a change on the defensive side of the ball as well. After struggling for the last couple games, second year cornerback Donte Jackson was replaced in the starting lineup by Ross Cockrell.

The Panthers got in the hole quickly due to poor special teams play to open up the game. After going three-and-out on their first possession, the Panthers gave up a 40-yard punt return as Nyheim Hines raced to the Carolina 36 yard line. Armed with optimal field position, the Colts punched it on a Jacoby Brissett keeper nine plays later. Following another three-and-out possession, Hines torched the Panthers special team for an 84 yard punt return for a touchdown. Panthers receiver DJ Moore went out with a concussion on the third play of the Panthers second drive and remains in the concussion protocol.

Already down two touchdowns, the Panthers did not score until the second quarter. Kicker Joey Slye hit a 27 yard field goal to finally put the Panthers on the board. The Colts found the end zone yet again on the next possession, driving 75 yards in nine plays as Marlon Mack punched it in from 2 yards out to give the Colts a 21-3 lead at the half.

The second half started with a bit of controversy. Panthers defensive tackle Vernon Butler was ejected after punching Colts offensive tackle Joe Haeg following a play. On his way out, Butler shot an obscene gesture towards the Colts fans and clapped tauntingly. The two teams traded field goals and the score stood at 24-6 going into the fourth quarter.

Desperate to get something going, the Panthers made the decision to go for the fourth down conversion to open the quarter and were stopped short, turning the ball over on downs. The Panthers next possession resulted in a punt which Hines returned 71 yards for his second score of the day. Two plays later, Grier threw his second interception. The Colts answered with an eight play scoring drive capped off by a 1-yard rushing touchdown by Jordan Wilkins. The Wilkins touchdown closed out the scoring for the day as Grier was intercepted once again by Pierre Desir.

Grier finished the day 27-of-44 for 224 yards and three interceptions while being sacked five times. Christian McCaffrey became the first running back in the NFL to have back-to-back 100-reception seasons as he finished with fifteen catches for 119 yards and 54 rushing yards on 13 carries. The loss is the Panthers’ sixth straight and drop them to 5-10 on the season. The Panthers close out the season next Sunday when they host the New Orleans Saints at Bank of America Stadium.