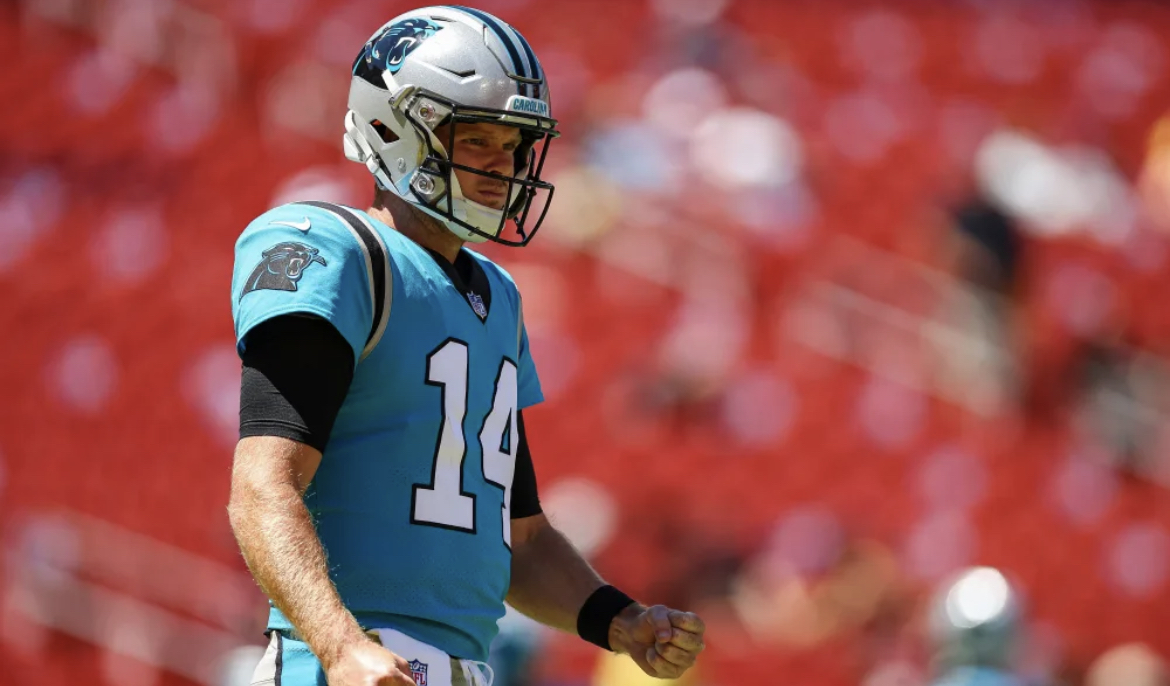 Although Carolina Panthers head coach Matt Rhule stated after Thursday’s Fan Fest event that the coaching staff is not quite ready to name a starting quarterback, that didn’t stop some from looking at Saturday’s preseason game for a hint. Going into the game it was expected that both Baker Mayfield and Sam Darnold would play a series before bowing out and letting PJ Walker and rookie Matt Corral command the rest of the game. When the Panthers first team offense took the field, without Christian McCaffrey and DJ Moore, it was Mayfield under center. Mayfield went 4-of-7 for 45 yards while converting 3 of 4 third downs. Darnold came in on the next offensive series, which arguably was a lob after a Amare Barno recovered an Antonio Gibson fumble in the Washington red zone. It took the Panthers just three plays to get into the end zone and went up 10-0 with 3:34 left in the first quarter.

Darnold was in at quarterback once more after a 1-yard touchdown carry by Washington’s Brian Robinson, Jr. This time, he went 3-and-out before PJ Walker took the helm for the rest of the first half and the entirety of the third quarter. Darnold finished the day 2-of-3 for 16 yards, and one touchdown. It wasn’t a shocker to see Walker in at quarterback before rookie Matt Corral; he’s listed ahead of the Ole Miss product on the Panther’s first unofficial depth chart released earlier in the week. Walker led back to back scoring drives – the first ending in a 3 yard touchdown run by running back Spencer Brown, the second was a 37 yard field goal by Zane Gonzalez. Walker finished the day 10-of-19 for 136 yards; his longest a 25 toss to wide receiver Derek Wright.

Corral entered the game at the top of the fourth quarter. The rookie finished a dismal 1-of-9 for 11 yards but the Commanders’ slew of penalties allowed the Panthers to march down field and take the final lead with a 45 yard field goal by Gonzalez. Carolina escapes fast-charging rookie Sam Howell and the Commanders with a 23-21 lead before heading up to Foxborough for a pair of joint practices and Friday night preseason game against the New England Patriots.