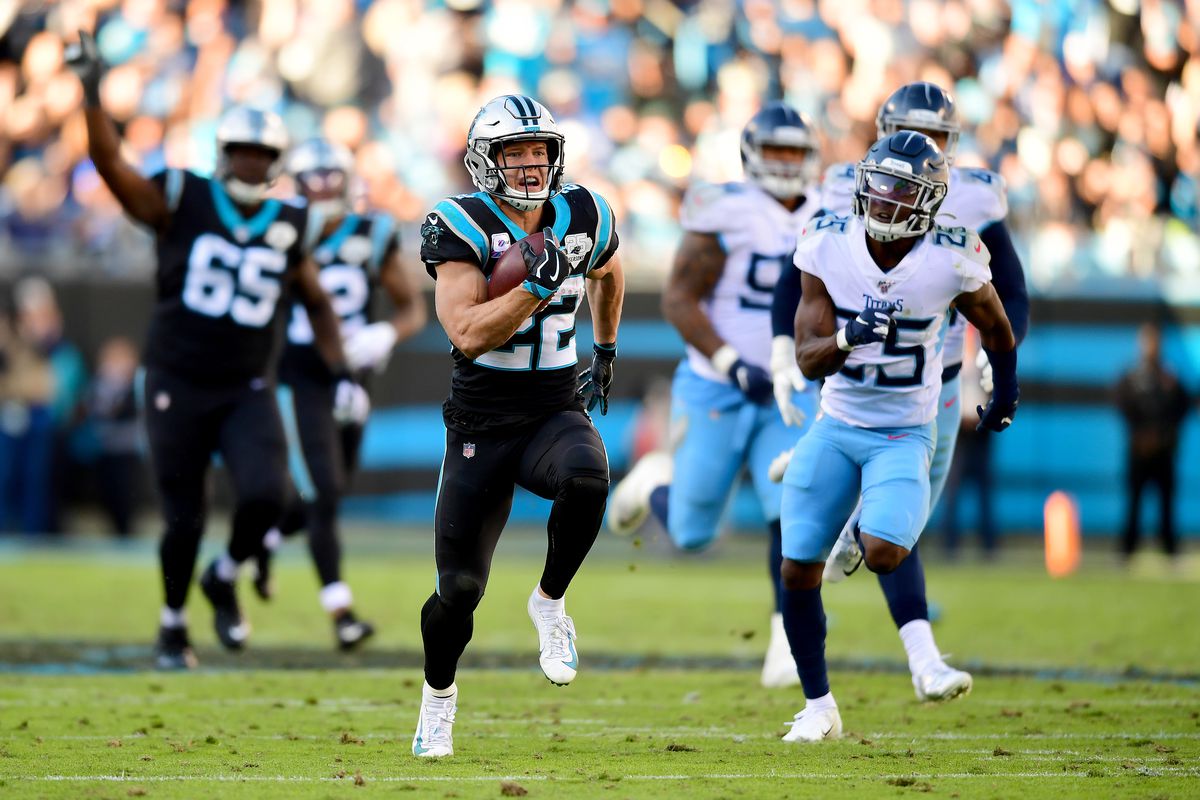 For the Carolina Panthers, Sunday’s game against the Tennessee Titans could not come soon enough. Eager to get the bitter taste of the lopsided defeat to the San Francisco 49ers off their palate, the Panthers were eager to return to Bank of America Stadium.

Any perceived quarterback controversy was quashed early in the week with Panthers head coach Ron Rivera declaring Kyle Allen the starter as Cam Newton continues to recover from a left foot injury. The Panthers were also without defensive end Mario Addison who has been one of the cornerstones on defense as he dealt with a family matter.

Both teams were slow to start resulting in a scoreless first quarter. Allen was 4 of 8 with 72 yards and an interception. Of those 72 yards, 32 came courtesy of a deep ball to Curtis Samuel. This game was in some ways a must-win for a team that took a beating on the road last week. The highly touted Panthers defense allowed 51 points against the 49ers and it was important to set the tone early today.

“We knew what a loss like that did for our season last year so all week all we preached was getting back on the road and getting back to what we were doing,” said cornerback Donte Jackson. “We had a great chance at starting over this week because we were back at home so that was the whole thing – just come out here and play ball like we play ball.”

The defense shut out the Titans in the first half en route to a 17-0 half-time lead. Jackson recovered a fumble forced by Eric Reid, and intercepted Ryan Tannehill in the second quarter. At the half, Tannehill had completed 8 of 13 passes for 100 yards and a quarterback rating of 53.4. After a slow start on the offensive side of the ball, the Panthers hit stride in the second quarter with Allen bouncing back from a first quarter interception to connect with Christian McCaffrey and Curtis Samuel for touchdowns. McCaffrey’s 7 yard touchdown reception came on 4th down – a call that Allen said was a game changing play.

“That 4th down, we could have just as easily kicked a field goal and chalked up three points, but that 4th down play was huge to Christian (McCaffrey) to get that touchdown was a great call. It schemed out perfectly. He was wide open,” said Allen.

Interestingly enough, running back Derrick Henry only had two carries for a total of 4 yards in the first half, making him pretty much a non-factor. All of that changed in the second half. Realizing Henry’s lack of involvement in the first half, the Titans opened the second half by putting the ball in Henry’s hands on seven of eight plays capped by an 8-yard rushing touchdown to bring the Titans within 10 points. Riverboat Ron made his second gutsy call of the game on the Panthers’ next possession. Facing 4th down with 4 yards to go in their own territory, the Panthers executed a fake punt with safety Colin Jones rushing for 5 yards and the first down. The extended drive culminated in a 1 yard rushing touchdown for McCaffrey; his second of the day. Allen called the play “ballsy”. Allen said, “We pushed that pile and we got it and I think it sparked a little more momentum in us.”

Throughout the third quarter, the Titans continued to try to incorporate Henry, giving him touches on their next two possessions. After a couple of chunk plays, Tannehill connected with Henry for a 23 yard touchdown reception, bringing the Titans within ten points going into the fourth quarter.

Coming into today’s game, McCaffrey had three games with rushing touchdowns of 40-plus yards. Today made four as McCaffrey took off up the middle untouched and raced 58 yards for his third touchdown of the day and Carolina’s final score. The point after attempt was blocked making the score 30-14. The self-proclaimed Mayor of Thieves Ave, Tre Boston notched his first interception of the season on a deep middle pass intended for Kalif Raymond. Boston returned the interception to the Tennessee 46-yard line. The Panthers were unable to capitalize on the turnover as Joey Slye’s 49 yard field goal attempt sailed wide left.

In a sense of urgency, the Titans went shotgun, no huddle on their next drive, going 61 yards in 10 plays. Tannehill scrambled into the end zone for a 10 yard touchdown. The Titans two-point conversion attempt failed, resulting in the final 30-20 score.

The Panthers go back on the road next Sunday to face a tough Green Bay Packers team while the Titans will take on the Kansas City Chiefs. The win moves Carolina to 5-3 on the season.