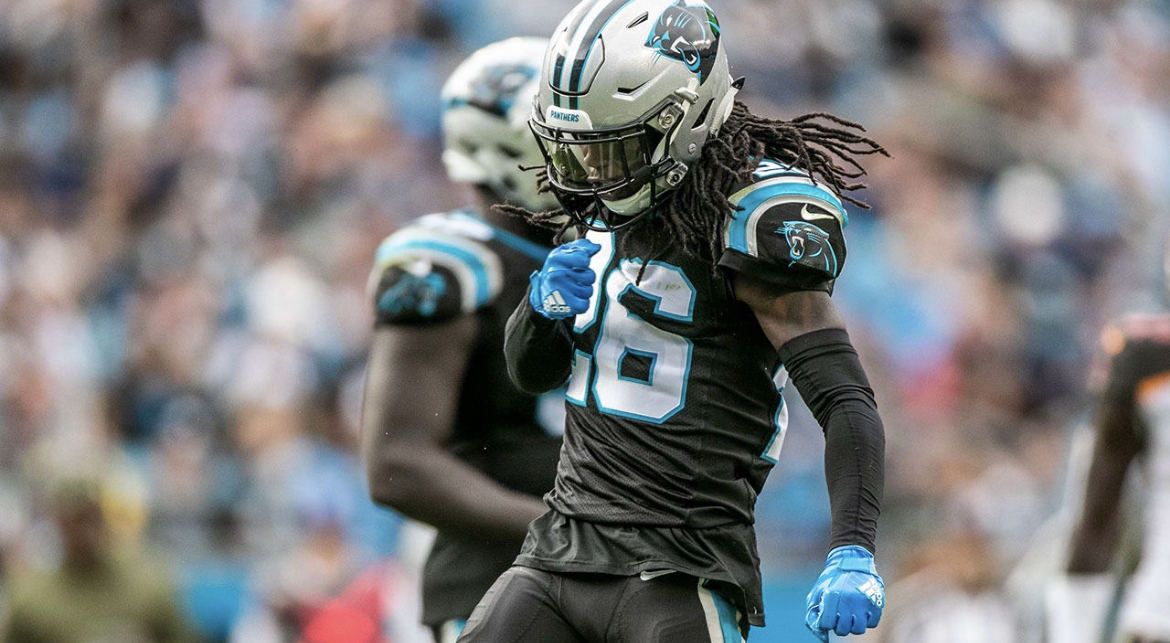 It’s only Tuesday and the Carolina Panthers’ bye week keeps getting worse. A day after announcing that running back Christian McCaffrey is done for the season, the team announced that starting cornerback Donte Jackson is done as well. Jackson is headed to Injured Reserve with a groin injury. Jackson underwent an MRI Monday afternoon after sustaining the injury late in Sunday’s loss to the Dolphins.

Jackson, in the last year of his rookie contract, was on pace for his best statistical season of his NFL career. Named a captain by his peers, the New Orleans-native had 48 solo tackles, one forced fumble, and two interceptions through twelve weeks. He had 10 interceptions through his first three seasons, ranking him fourth among NFL cornerbacks since entering the league in 2018. In his rookie year, Jackson became the first player in franchise history to return a two-point conversion attempt for a score against the New Orleans Saints. The injury leaves the Panthers with a cornerback room consisting of Stephon Gilmore, CJ Henderson, AJ Bouye, Keith Taylor, Jr, and Raashan Melvin.

With Jackson’s injury, the Panthers are now without their two Week One starting cornerbacks as rookie Jaycee Horn went down with a foot injury in Week Three. Jackson is set to become a free agent in March.