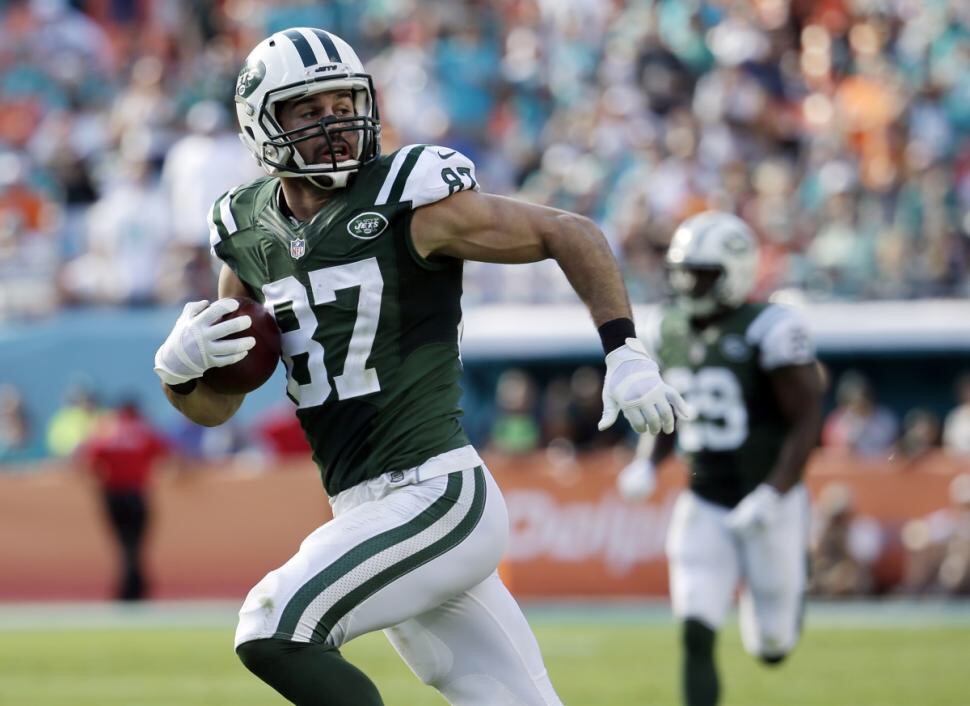 If someone said that the Baltimore Ravens would be able to get an offensive playmaker this late during the offseason in February, many would’ve scoffed at the idea.

Now it looks like the Ravens have a chance to sign one of two receivers that are currently available.

The wideout was also able to catch Game 3 of the 2017 NBA Finals with a few current Ravens, including safeties Tony Jefferson and Eric Weddle.

Lol just wanna see a good game RT @weddlesbeard: @jmac___19 in the house. Question is who u rooting for?????

Although the meeting with Baltimore seemed to be going well, Maclin, 29, left without a deal. Just earlier that day, Maclin left Buffalo without a deal to sign with the Bills. It could be that he’s just exploring all options before making a significant move in his career.

Soon to be former New York Jets wife receiver Eric Decker has garnered significant interest from the Ravens according to MMQB’s Albert Breer:

Per sources, Jets have had trade talks with the Ravens and others on Eric Decker. Decker remains on the Jets roster, per the league wire.

Although Decker suffered from debilitating injuries in 2016, he has the propensity to be a very stable receiver in the NFL. During a seven-year career with the Denver Broncos and Jets, Decker has had three 1,000 yard seasons, his last in 2015. He also brings the ability to be a physical receiver over the middle, standing at 6’3, 206 lbs.

Baltimore could use another receiver. After losing Kamar Aiken (free agency) and Smith Sr. (retirement), Baltimore only has one receiver who has ever had a 1,000-yard season. Mike Wallace is that receiver and Breshad Perriman is coming off of his first season on the field. Although Perriman has shown a great deal of ability to make plays in a limited role last season, he will have to step up for a number one or two role. He has incredible potential and could make noise alongside Wallace and another veteran.