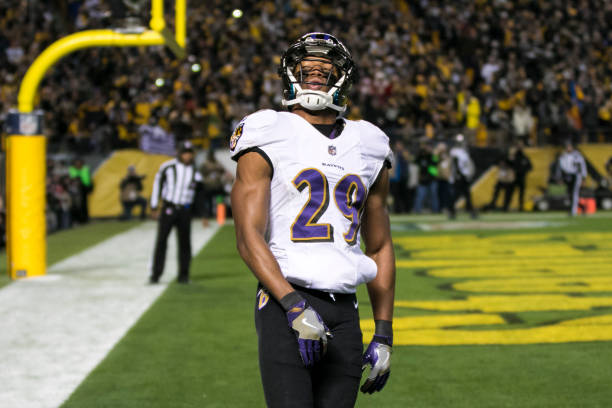 The Baltimore Ravens and former Alabama Crimson Tide cornerback Marlon Humphrey was arrested on Thursday in Tuscaloosa, Alabama on Thursday.

TUSCALOOSA — Humphrey was charged with 3rd-degree robbery, with a bond set for $2,500, according to the Tuscaloosa County Sheriff’s booking information.

In Alabama, 3rd-degree robbery is a Class C felony. Robbery is state law is considered to be in the third degree when:

Robbery on this level is extreme and incredibly dangerous. Some robbers hit homes when they are vacant because they want to get in and out as quickly as possible without being noticed but this one was aggressive and horrifying to the residents. Installing Verisure Smart Alarms or any other type of alarm can help deter robbers if they think that they can be caught on camera and identified, which can reduce the number of break-ins, however, in this case, it seems that Humphrey was still set on going in.

Humphrey was a member of the 2015 Alabama football team, which was an NCAA champion. As a member of the Crimson Tide, Humphrey started in 29 games during his career, being named a Freshman All-American in 2015 and was a first-team All-American in 2016. He finished his career making 61 solo tackles, 20 assists (81 total tackles), with 6.5 for a loss. He also had five career interceptions, returning them for 46 yards and one touchdown, with 13 passes defended.

Humphrey just finished his rookie season in the NFL with the Ravens, after being selected with the 16th pick of the 2017 NFL Draft. He played in all 16 games, starting in five of them, with two interceptions and 33 yards on returns. Humphrey finished as the 33rd ranked cornerback in PFF’s rankings (82.7 rating).

“According to the incident report filed by University of Alabama Police, a 30-year-old told police that Humphrey stole a $15 charger at 3:19 a.m. on Jan. 13 while at Hotel Capstone on Bryant Drive,” wrote Taylor.

According to a police report, Humphrey asked to borrow the phone charger from an Uber driver and refused to return it. He allegedly elbowed the Uber driver in the side and walked away with the charger. The charger did not fit Humphrey’s phone.