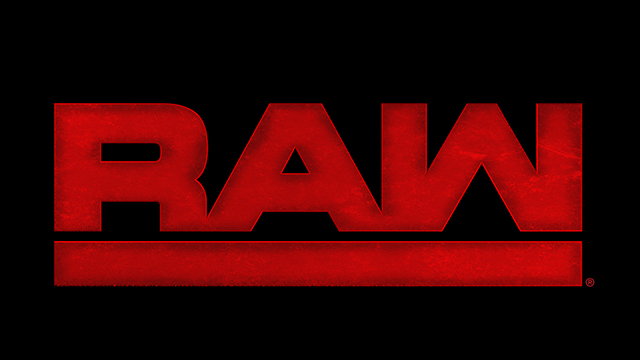 It’s the RAW after WrestleMania. We saw some call ups, some heat, a few upgrades, and A LOT of crowd noise.

The crowd chanted “Thank You Taker” for at least three minutes and they booed Roman Reigns every time he tried to speak. He later said “This is My Yard Now” and walked out the ring. We can’t tell if that’s a heel turn but he surely got some heat for this. Roman used the crowd to his advantage. Maybe he is the Big Dog now. Where this leads, we’ll have to see.

It has been over five years since the Hardy Boyz has wrestled on Raw. Their return was successful just like WrestleMania. They were tangled in an even contest with Gallows and Anderson, which was a matchup of Tag Team veterans. After their win, the Hardy’s slightly returned to their “Broken Hardy’s” characters with some delete chants. Will the Hardy’s be broken or are they fixed?

Fans chanting "We Want Taker"….in the middle of the #Cruiserweight match #RAWafterMania

This was a very good match but the crowd did not feed into the match. Mustafa Ali stepped up to the plate but later tapped out to Neville. Despite the loss, Ali proved his worth within the ultra talented Cruiserweight division. And Yes, Neville is still the King of the Cruiserweights.

A limo pulled up and Vincent Kennedy McMahon walked out. When we returned from break, he was making his entrance. The crowd was really feeding into his theme song. His first announcement was about next week’s WWE Draft. Although it’s not a full draft, “things will be shaken up a bit”.

He later talked about Stephanie going through a table at WrestleMania and he did not like the crowd’s amusement from her bump. He continued on to mention that she’s out of action and the show needs a GM. He pointed to the stage and boom, Teddy Long walked out. But Teddy isn’t the new GM, Kurt Angle is. The crowd exploded with this announcement. This will be must watch programming if Kurt Angle fully returns to his comedic ways, which he did tonight.

The Revival def. The New Day

The New Day haven’t wrestled in a few weeks. Their return to in-ring action was an open challenge. They challenged any team to come out and fight them. Their opponents were the most dominant NXT Tag Team in recent history, The Revival. The crowd exploded once again as the “Top Guys” made their in-ring debut. The Shatter Machine was the ending for the New Day and the new call ups picked up the win. After the match, the Revival injured Kofi Kingston’s leg. This will send shockwaves to any WWE Tag Team.

Nope, we didn’t get a Sasha Banks heel turn tonight. Nia Jax turned on Charlotte. The booking for the RAW Women’s division has been very inconvenient as of late and it’s still showing. Nevertheless, it was great to see heel Emma return to the spotlight tonight. Bayley, Sasha, and Dana picked up the win.

Paul Heyman opened the segment by dissing Goldberg and the crowd was into it. He later began to predict who would face Lesnar for his title. He suggested Roman Reigns and the crowd booed heavily and then Braun Stroman came out to the ring. He was towering over Lesnar. We barely see superstars that just looms over Brock Lesnar. And Lesnar has beaten almost everyone that is physically bigger than him. But Braun Stroman hasn’t faced Lesnar yet. This will be interesting to see in the near future. Hopefully very quickly.

After putting the tip of Kevin Owens finger on his list, Chris Jericho was attacked by Samoa Joe and Kevin Owens. This attack left Seth Rollins with no Tag Team partner for the Main Event match. This forced new GM Kurt Angle to find someone.

Sheamus and Cesaro picks up the win! They are now the Number 1 contenders for the RAW Tag Team Titles #WWE pic.twitter.com/ChTmyswGk0

Sheamus and Cesaro picked up the win to become the new Number One contenders for the Raw Tag Team titles. Enzo and Cass were booed heavily during the match, especially since a lot of the crowd was from Europe. Sheamus and Cesaro are on the track for another title reign, but could their plans be deleted?

Sami Zayn defeated Jinder Mahal in a short matchup. Nothing memorable here. I’m expecting both superstars to be moved to the Blue Brand next week.

So Seth Rollins waited for the entrance of his tag team partner. The lights went out and here comes Finn Balor. His return was a little obvious but the reaction was still golden. Finn and Seth picked a slightly quick win over Owens and Joe.