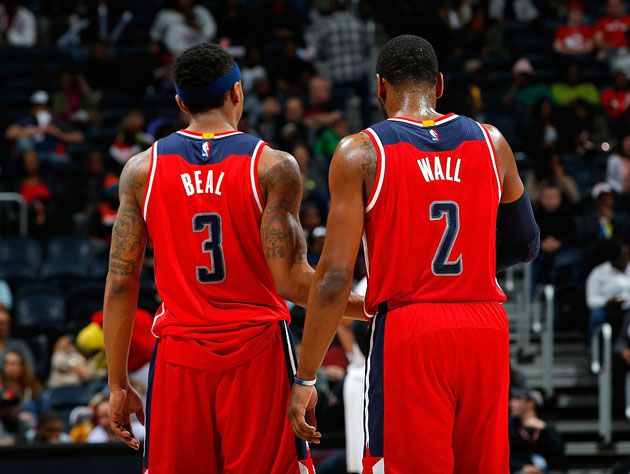 Memphis, Tennessee —- The Washington Wizards’ control their own fate. They are talented and can compete with the best teams in the NBA. However, they have one flaw that seems to haunt them; Defense. This team can play defense when needed to. They proved that to start off their road-trip vs. Cleveland. Unfortunately, when Washington made it to Southern California and beyond their defensive mindset was left behind in Ohio.

Despite winning last Tuesday night against the Lakers, Washington continues to struggle defensive. In the back-to-back set of games vs the two Los Angeles teams, the Wizards gave up an average of 120.5 points. To break that figure down further, in a total of eight quarters there were five quarters the Wizards gave up 30 points or more.

The Wizards admitted their defense was non-existent vs the Lakers. In the third quarter, they were outscored  37-27 and the Lakers at one point shot 15-for-16 from the field. As mentioned, Washington went on to win that game and clinched the Southeast Division Title. The organization won the title for the first time in over 38 years. In his first year, Scott Brooks, accomplished such a pretentious feat.  However, the dark cloud of playing defense continuously continues to overshadow any triumphs from this five-game road trip.

Overall, in a total of 16 quarters played in the last four games; the Wizards allowed 30 points or more in 10 of those quarters. It’s that lack of defense that is hindering this team from being as great as it could be. With five more games left in the season, three of them on the road, it’s imperative that the Wizards reclaim their defensive mentality or things will turn disastrous for this team come playoff time.

Despite the Wizards going 2-3, alot of history was made during this five-game road trip.  John Wall is now the franchise record holder for assists in a single season. Wall currently has 802 assists on the season, according to Neil Dalal of Hoop District. Bradley Beal made some history of his own. Beal is now the franchise leader for the most 3-pointers in a single season, 206, edging out Gilbert Arenas.

“That’s a great achievement,” Beal said when asked about being the new franchise leader. He then added, “That’s something I’m happy about. Hopefully, I can keep it going. It’s been a great year shooting the ball from three.  Still got a lot of games left and I haven’t shot as well as I wanted to these last couple of game. So that’s definitely a great achievement, but I can still be better.”

Things that are Concerning.

Yes, we can agree that the Wizards’ defense has been unsatisfactory as of late. However, there’s no need for people to panic. The Wizards know their success is in their own hands. Both of Wall and Beal’s milestones with this franchise emphasizes how effective this back-court is. They could still end the season with 50 wins after starting 2-8. What should be concerning is the play of Marcin Gortat and Bogan Bogdanovic. If the Wizards are going to be successful, Bogdanovic’s offensive production off the bench is crucial. Washington will not go far into the post-season with an unproductive bench. Accompany that with a lackadaisical defense, that is a recipe for an early exit out of the playoffs.

Another thing to be mindful of is John Wall and his technical foul situation. Wall must continue to keep his cool. He’s automatically suspended for one game if he gets another tech. In addition, the Wizards must shake this “light-switch” mentality. They are so good that they can play defense when they want to. This logic is harmful because the post-season the level of intensity and competition is so much greater and every game is even more so important.

It’s still unknown exactly who the Wizards will face in the post-season. Washington currently holds the fourth-seed and is one game behind Toronto. If the playoffs were to start today the Wizards would face off against Milwaukee. During the regular season they are 3-1 against the Bucks. Bearing in mind, the Bucks are one game ahead of Atlanta for the 5th-seed. Which means, the Wizards could easily find themselves playing in Atlanta or Milwaukee and that picture will form towards the end of the regular season, which is next Wednesday.