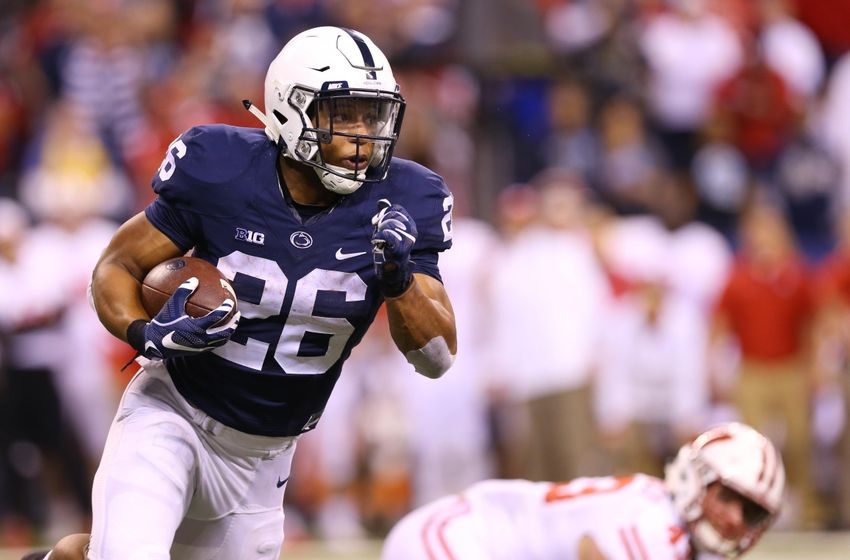 They call it “The Granddaddy of Them All”

This edition, the stage is set for the 2016 Big Ten champion Penn State Nittany Lions and the USC Trojans. Two teams who caught fire during the season and now enter the contest as two of the hottest teams in the country. Who will walk out of the historic bowl game as this year’s Rose Bowl champions? Let’s preview the top ten matchup.

What To Know About USC

The season started off rough for the Trojans. A 1-3 start to the season had many of the USC faithful worried. In a flash, the team hit their stride in early October and never looked back. Part of that spark was due to the play of quarterback Sam Darnold. The redshirt freshman quarterback did not start the first three games of the season. Yet, he still passed for 2,633 yards, 26 touchdowns, and only eight interceptions. It helped that he had the services of a run game that averaged 207.3 yards per game. The duo of Ronald Jones (1,027 yards, 11 TDs) and Justin Davis (555 yards, two TDs) was more than reliable for the young QB. Wide receiver Juju Smith-Schuster was the main target for the Trojans this season. The 220-lb pass catcher tailed off a bit after earning a first team All Pac-12 honors in 2015. Smith-Schuster still led USC in catches with 63 with also a team-leading nine touchdowns. The play of receiver Darreus Rogers has been a nice surprise as the senior totaled career-highs in catches (51) and yards (654).

On defense, the Trojans possess one of the most exciting players in college football in Adoree’ Jackson. The junior cornerback has four interceptions and 51 tackles on the season. He also has the ability to flip a game with his special teams returns. Jackson has four total touchdown returns as well (2 kick, 2 punt). His presence along with CB Iman Marshall will be key as the Trojans are 64th in the country in pass defense. Linebacker Porter Gustin leads the team in tackles for loss (12) and sacks (5.5). Fellow starter Cameron Smith (79 tackles, seven tackles for loss, four PBUs) will be active in trying to slow down the Penn State run game.

What To Know About Penn State

An early October win over Minnesota started a nine-game win streak for Penn State. A win streak that included an upset win over Ohio State and a victory over Wisconsin in the Big Ten championship. Quarterback Trace McSorley has been lights out during that win streak as well. The sophomore quarterback has thrown for 21 touchdowns and two interceptions during that period. Running back Saquan Barkley is the star of the offense and rightfully so. Barkley led the Big Ten in rushing touchdowns with 16 along with 1,302 yards. The Nittany Lions produced an excellent passing offense on the season led by receiver Chris Godwin. Godwin led the team in catches with 50 along with nine of them for touchdowns. Another name to be mindful of is tight end Mike Gesicki. The 6-6 target totaled 47 catches on the season and averaged 14.2 yards per catch.

Defensive end Garrett Sickels made a considerable leap in production this season and led the team in tackles for loss with 13. The Nittany Lions has a deep rotation on the defensive line led by Sickels. Along with him, DE Evan Schwan (27 tackles, 5.5 sacks), DE Curtis Cothran (26 tackles, seven TFLs),  and DE Torrence Brown (31 tackles, 6.5 TFLs) are just a few of the names that has produced in Happy Valley. Safety Marcus Allen leads the team in tackles with 101 and is one of the most underrated defenders in the Big Ten.

A pair of teams that encountered a lengthy win streak will collide in the most historic of bowl games. As noted, both teams possess a quarterback that has picked apart defenses along with run games that are very productive.

Of course, all eyes will be on Jackson and his game-breaking ability. The defensive back is used at times on offense as well for USC as well as the return game. Containing Jackson in the return game is enough for Penn State to game plan and be ready for.

The Trojans are tied for 60th in sacks per game with 2.08. Further, USC is tied for 69th in team sacks with just 25. USC has an athletic secondary and solid bodies at linebacker. However, if USC is to slow down this fast-paced Penn State offense, they MUST get to McSorley. Penn State runs a very balanced offense so focusing clearly on McSorley and the passing game makes things easier for Barkley and vice versa.

Both offenses will make their share of plays. Both offenses have talented receivers that have the ability to dictate a lot. Where the game lies is the dependance on the better front seven on defense. Right now, Penn State has that advantage. Look for the offensive combinations to make their plays. However, the Penn State defense is a little more dependable at this point and will make enough key plays late to seal the win.