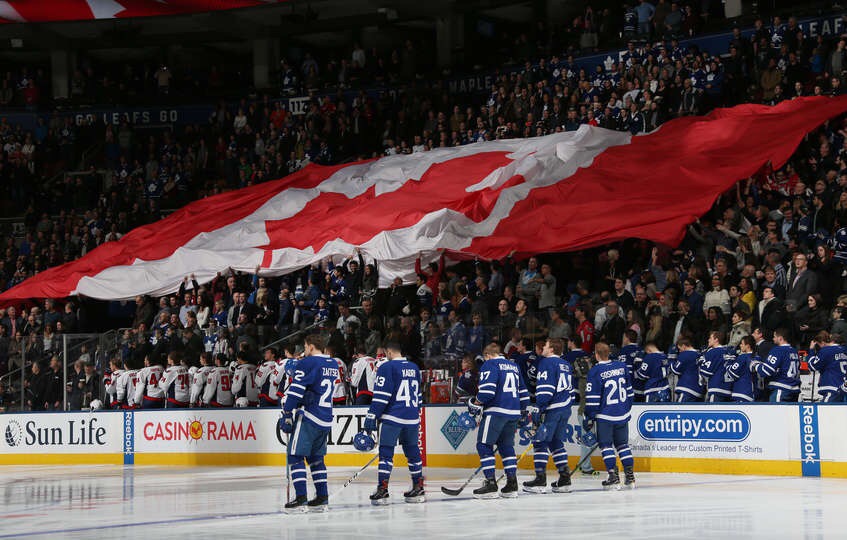 Washington took the ice in Toronto less than 24 hours after it beat the Buffalo Sabres Friday night. The quick turnaround left the Capitals with a lagging defense.

“The schedule might have got us a little bit,” Washington head coach Barry Trotz said, according to The Washington Post. “But no excuse, we still weren’t detailed enough and our [complete] level in some areas wasn’t good enough.”

Although the Capitals allow the seventh fewest shots per game at 27.8, it did not show on Saturday, as Washington gave up 37 shots to Toronto.

“[We were] completely embarrassed by a young team,” Capitals goalie Braden Holtby said, per The Associated Press. “It’s not acceptable in our culture here. We’re going to have to be better.”

While the Capitals allowed the Maple Leafs to control their defense, they also pressured Toronto.

Washington put 35 shots on goal and won 61 percent of the game’s faceoffs, giving the squad opportunities for offense.

Despite these opportunities, the Capitals did not score until the game’s 50th minute.

Washington forward Nicklas Backstrom knocked in the unassisted goal from behind the net, cutting the deficit to 3-1. He has scored 11 points in his last seven games.

“They were good and we weren’t,” Johansson said, according to Comcast Sports Network. “That’s the bottom line.”

While Toronto went one for five with a man advantage, Washington did not score in any of its four power plays.

“We took [Ovechkin] out of it for a bit there, and they weren’t able to do anything on his side [on the power play],” Maple Leafs goalie Frederik Andersen noted, per the Toronto Star.

Ovechkin took one shot during his seven minutes and five seconds on the ice with a man advantage.

Andersen held Ovechkin and the rest of the Capitals in check, saving 33 of their 35 shots on the night. Holtby fell short of matching Andersen’s performance, saving 33 of 37 in his attempt.

Capitals defenseman Matt Niskanen sustained a lower-body injury and left the game at the :22 mark of the third period. Trotz did not have an update on his status after the game. Trainers will reevaluate Niskanen Sunday.

Washington forward T.J. Oshie remains inactive on a week-to-week basis with an upper-body injury. Oshie has participated in morning skates during his absence.

The Capitals fell into third place with their 13-6-2 record.

The Maple Leafs rose to sixth place, improving to 9-8-4.

Toronto will travel to Edmonton to face the Oilers Tuesday night.