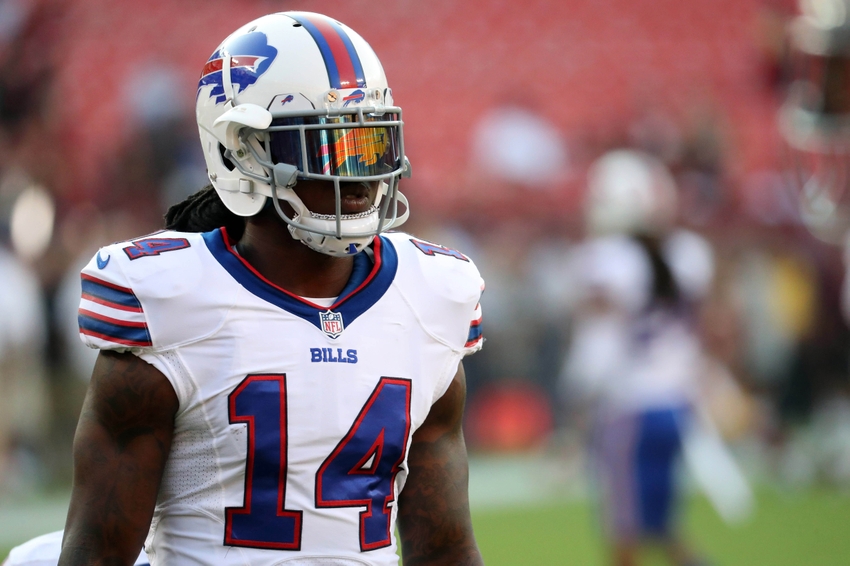 We start our State Of The Franchise series with a look at a team that has plenty of talent and question marks, the Buffalo Bills.

If you had to place five current teams that puzzle you the most in a jar, the Buffalo Bills will earn themselves a few votes. The Bills are fresh off their 17th straight season of missing the playoffs. Around Orchard Park , New York, the fan base is beyond restless. Turning toward the 2017 season, not only the fan base, but the team will focus on a new chapter. A new head coach in former Carolina Panthers defensive coordinator Sean McDermott presents a fresh outlook. All McDermott has to figure out what to do with 15 free agents within the top 43 players on roster. Oh and determine who will be the face of the offense under center going into the new season. Let’s dive into the Buffalo Bills franchise for 2017.

Out goes Rex Ryan, in comes a young assistant that orchestrated a Super Bowl defense two seasons ago. McDermott has a lengthy resume for a 42-year-old first time head coach. Whether he can bring that aggressiveness that we saw from the Panthers in 2015 will have the Bills fans waiting anxiously. The offense is in the hands of Rick Dennison, who held the offensive coordinator spot for the Denver Broncos the past two seasons. McDermott reached out to former Minnesota head coach Leslie Frazier to handle the defensive coordinator responsibilities. One thing is for sure, the Bills needed a breath of fresh air from Ryan and his tenure. Instead of staying the veteran route, tapping into the young assistant grouping for a head coach may have been the better choice.

Quarterback Tyrod Taylor is simply solid. That’s it. Nothing spectacular while also being more reliable as a starter than most. During 2016, Taylor tossed for 3,023 yards and 17 touchdowns with only six interceptions. The Bills have to decide whether or not they want to give Taylor a near $30M option for the upcoming season. It is definitely a ton of money for a quarterback with only 14 wins in two seasons as a starter. Running back LeSean McCoy is coming off his fourth straight Pro Bowl season with 13 rushing touchdowns, second-highest in a season for McCoy. Starting receiver Sammy Watkins only gave eight games of service. Thanks to a broken bone in his foot suffered during the last offseason. Year four seems to be highly important for Watkins and his future. What will be interesting for Buffalo is what to do at quarterback. Is Taylor the answer? Does the new tenure want to place their faith in the hands of second-year QB Cardale Jones? Will the team grab a QB at 10th overall in the upcoming draft? Whatever happens with the Bills going forward, QB must be stabilized first.

McDermott has a young defense in his possession that was 17th in points allowed (23.6 ppg) and 19th in total defense (357.0 ypg). Cornerback Stephon Gilmore faces free agency and the team may actually allow him to seek greener pastures. Second-year corner Ronald Darby is a nice building block for the defense. Yet, the safety spots may see the most change this offseason. Linebacker Lorenzo Alexander had a career-year in 2016 with 12.5. He wants a payday. A new staff may think twice about giving a  big money deal to a soon-to-be-34-year-old. Even if he did have a surprising season. The defense does have a defensive line that had 20.5 of the team’s 39 sacks last season. Defensive tackle Marcell Dareus and defensive end Jerry Hughes powers the unit. However, keep a close eye on end Shaq Lawson. A shoulder injury took away most of his rookie season, but McDermott will count on the progression of Lawson for the defense to move forward.

It’s clear that the Bills have talent. It may not be across the board, but the Bills have skill in certain spots. Their breakup with Ryan was needed and team will now place faith in the hands of McDermott. He has a track record for success. However, he has a unique situation where he has a plethora of free agency decisions to make with his current roster. Let alone bringing in a few new faces on the field.

No matter what, the Bills must figure out the quarterback spot this offseason. As good as their run game is with McCoy and an aggressive offensive line, this team needs answers at the most important position. Taylor may not be the most glamorous and may not provide fear in the hearts of defenders. Yet, in an age where quarterback play has seen considerable parity, finding a guy to replace Taylor may seem harder than it sounds. McDermott has his work cut out for him. How he molds this talented but inconsistent roster will be an ultimate test.