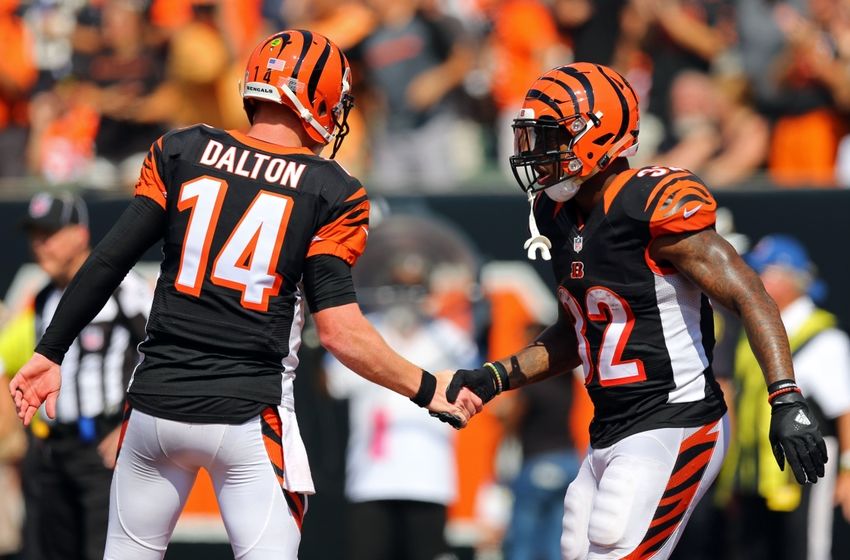 State Of The Franchise continues in the AFC North as a talented team with a number of questions is the focus for today, the Cincinnati Bengals.

It was essentially the same team returning from a 12-4 season in 2015 with a division championship. A top-10 receiver, an improving quarterback, a nice combo at running back, a solid offensive line, an athletic defense. The Bengals had a little bit of everything going into the 2016 season.

Ironically, the playoffs did not come to fruition this past season in Cincinnati. Injuries was a notable factor. As was inconsistencies. All in all, the Bengals disappointed in 2016. The talent is still visible. Can they put it all together in a tough division and make their presence known? Here is the State Of The Franchise for the Cincinnati Bengals.

He has strung together 14 seasons at the helm with seven playoff seasons. Even with that amount of longevity, head coach Marvin Lewis has a stat that is incredibly hard to ignore. With his seven playoff seasons, his Bengals are 0-7. Seven one-and-done campaigns. In many cases, that may be enough ingredients to earn a pink slip. Yet, Lewis continues to chug along. Offensive coordinator Ken Zampese has been alongside Lewis for those 14 seasons as well. It is worth noting that Zampese has made considerable improvement in his starting quarterback, Andy Dalton, over the past couple of seasons. Defensive coordinator Paul Guenther did not have a great defense but he had a unit that was stingy in points allowed (8th, 19.7).

The wheels were already falling off once wide receiver AJ Green went down in week 11 against the Buffalo Bills with a hamstring injury. To make matters worse, Green never returned and was placed on injured reserve late in the season. Not having Green around was a devastating blow for a Cincinnati team already influx. By that juncture of the season, Green totaled 964 yards and four touchdowns. Dalton earned his third Pro Bowl appearance this past season with 4,206 yards and 18 touchdowns. He also showed considerable improvement in his skill set during the season. Even his solid play could not avoid unnecessary criticism. Leading rusher Jeremy Hill ran for 839 yards and nine scores but the team also missed another weapon in running back Gio Bernard who also missed the last six games of the season.

The team allowed their two best offensive linemen to walk in free agency in left tackle Andrew Whitworth and right guard Kevin Zeitler. A move reminiscent to the team allowing two key receivers during the free agency period last year. As a result, the team will place their faith in the hands of two young offensive linemen: tackle Jake Fisher and guard Christian Westerman.

The Bengals defense was quite stingy during the 2016 season with seven games of 17 or less points allowed. Linebacker Vontaze Burfict was his normal self: irritating to opponents and reliable to teammates. Burfict missed five games during the season but still led the team in solo tackles with 73. The Bengals decided to make cornerback Dre Kirkpatrick a richer man by giving him a 5-year, $52 million dollar deal this offseason. Along with that contract comes expectations for the fifth year corner. Kirkpatrick was tied for the team lead in interceptions with three and will now be looked upon as the clear cut #1 corner in Cincy.

Defensive end Carlos Dunlap had arguably the best season of his career with 30 tackles, eight sacks, and an absurd 15 pass deflections. The cherry on top was his second Pro Bowl berth of his career. A combination of Dunlap and defensive tackle Geno Atkins (21 tackles, nine sacks) is what drives the Bengals defense. The two are the most consistent on the team while arguably being the least heralded.

There is no lack in talent on the Bengals roster. When healthy, the Bengals have one of the best pure rosters in the league. But what has hindered the Bengals and their respective head coach over the years is consistency. That bothersome element continues to haunt the Bengals season after season.

A healthy Green, Bernard, Burfict, plus tight end Tyler Eifert and the debut of second-year cornerback William Jackson III can change things for the Bengals. While the Pittsburgh Steelers are sitting at the top of the mountain in the AFC North, the Bengals may be in the best place to knock them off their perch. Watching their free agency playing out was a little confusing. Letting Whitworth and Zeitler depart may wind up to be a critical mistake. One thing is for sure, the Bengals have the ability to establish themselves as playoff contenders. Beating themselves again will easily prevent that.