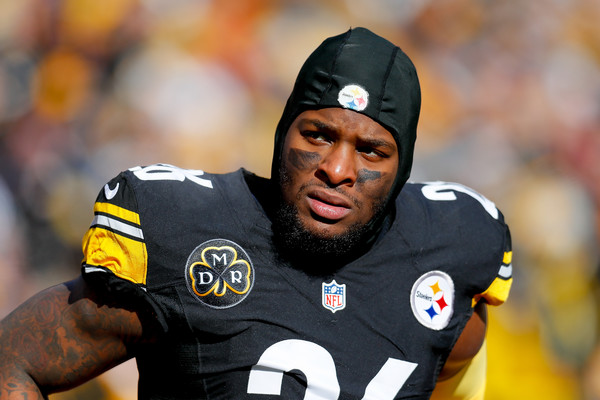 The Pittsburgh Steelers are expected to franchise tag their perennial Pro Bowl RB Le’Veon Bell before the deadline on Tuesday.

This is the second straight year that Pittsburgh failed to negotiate a long-term deal with Bell and the tag is reportedly around at $14.544M. The fear around the organization is if both sides cannot reach a new deal, Bell can walk to Free Agency as the most prized acquisition in a weak FA class, which can hurt the team badly if they don’t have a backup plan and Bell could holdout again if the right deal isn’t in place.

Since entering the league in 2013, Bell has established himself as a elite, all-around playmaker. In the last two seasons in the Steel City, The Michigan State product amassed over 3,830 all purpose yards (2,559 rushing yards and 1,271 receiving yards) and 42 total touchdowns (35 rushing, 7 receiving).

“Yeah, a lot of it is about the guarantees,” Bell said of his possible deal. “That’s what a long-term deal really is, you know? You want that security. That’s why I said I’ll play on the tag. All that’s going to be guaranteed. You want to tag me again, OK, all that’s going to be guaranteed. That’s how I kind of look at it because I don’t want sign a long-term deal and everybody says I signed for $70 million but only the first year is guaranteed. So the first $17 million that you make in that year that’s the only year that’s guaranteed…”

The clock is ticking as the organization is dreading another franchise tag holdout from their most productive offensive player.