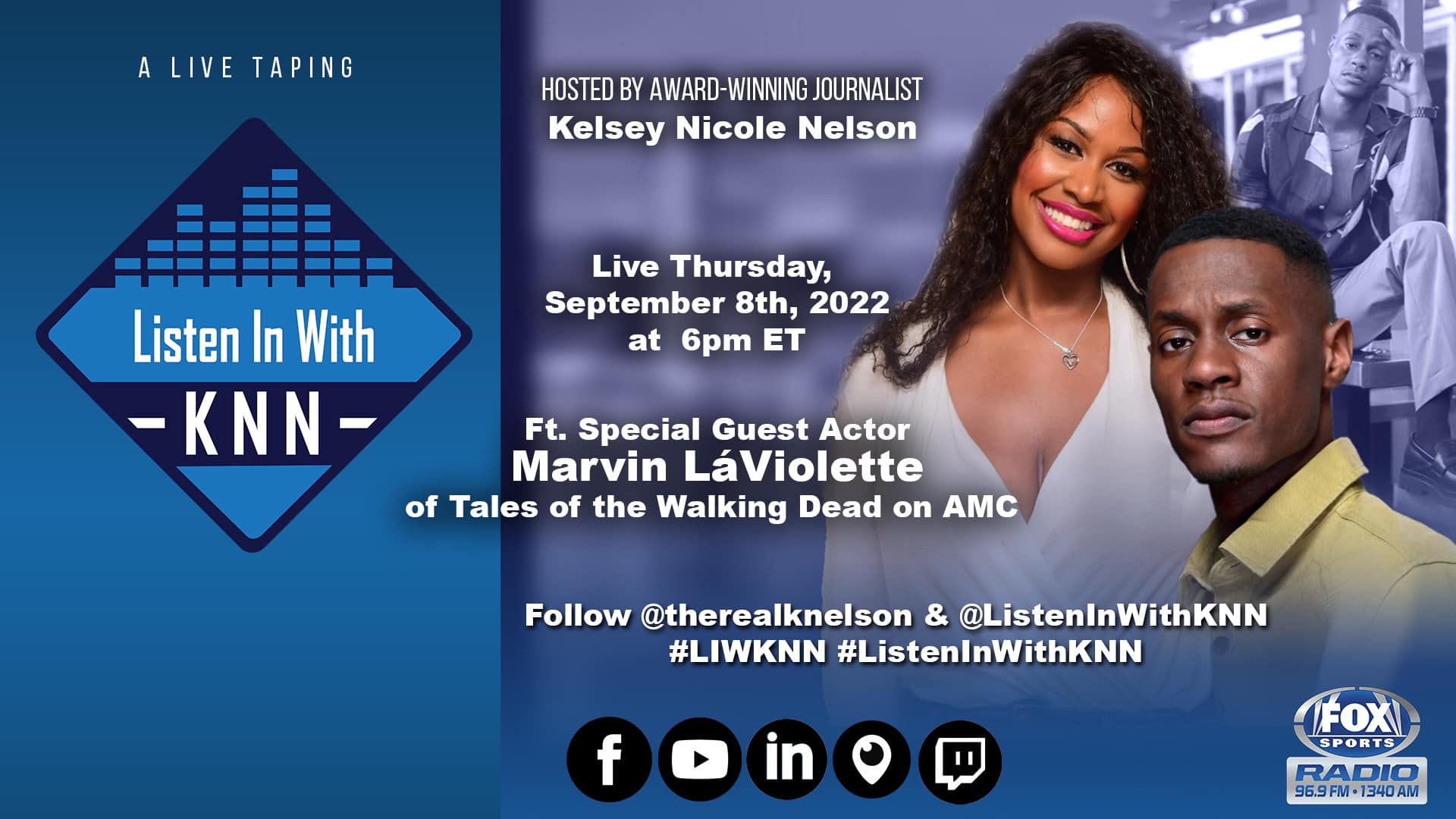 Currently, LáViolette is featured on “Queen of the South’s” final season on Netflix (2021), the anthology series, “Tales Of the Walking Dead” on AMC (2022), and “The Color Purple,” expected to be released this year. He will also appear in the highly anticipated sci-fi comedy show “Damascus” coming to AMC this year.

The interview opens up with LáViolette describing  his initial love for “The Walking Dead” series and how he was able to land this current role as a guest in the spinoff series.

“Tales of the Walking Dead is an anthology series so it’s six different stories being portrayed throughout the show,” said LáViolette. “I play a character named Tom on the show, a survivor who’s trapped on this steamboat so from there everyone has a role in surviving.”

The episode titled “Dee” LáViolette features on, Alpha known then as “Dee”, tries to protect her daughter Lydia on the community steamboat they live in post-apocalypse. However, Dee grows jealous of another resident, Brooke, who Lydia appears to like and trust. With betrayals and survival surrounding this community the mother and daughter tandom only goal is to make it off the boat alive.

LáViolette then transitioned and expounded on his youth being born in Brooklyn, N.Y. and moving down to Florida at a young age. As a first-generation Haitian-American in the United States, he was always looked at as an outcast but compares the two states as different life experiences.

“Growing up in Brooklyn was fun and hard at the same time. With me having an accent being foreign wasn’t cool back in the ‘90s so I would sometimes get made fun of,”said LáViolette. “Once I moved to Florida it felt like I was on vacation every day and everyone was a lot nicer.

As a teen, he was introduced to the arts first as something to do to pick up girls until realizing the passion he had for it. However, after the passing of his father, he stepped away from dancing to pursue engineering to provide for his family.

“I wasn’t happy in engineering. I was seeing all my friends on broadway and doing big things and I quickly began to miss dancing,” said LáViolette. “A friend told me to visit a local show in the area which ended up landing me a future audition.

Going off a leap of faith, LáViolette set off to local auditions in the area with intentions of only landing an extra role. After a couple of tapings he received a call back a week later and was on set for his first acting job.

After completing a few projects up in New York LáViolette ventured off to Atlanta for more acting opportunities. He would land an opportunity in Tyler Perry’s sitcom “House of Payne” as a guest star.He explained the experience as an opportunity to work with people who can relate to him and the struggles of being Black.

“House of Payne was the first sitcom. I didn’t realize how funny I was,” said LáViolette. “It was so much Black representation on the show and that’s what made that show so special. House of Payne tackled real Black household issues that we all can relate to.”

As LáViolette continues his journey and path as an actor he continues to live by his morals and just wants to be remembered as a “genuine giver” by his peers. “Those who give will always have and those who take will always need,” LáViollete said in his final word to Nelson.

To checkout  LáViolette’s full life story and his journey to becoming an actor you can checkout the full interview here.