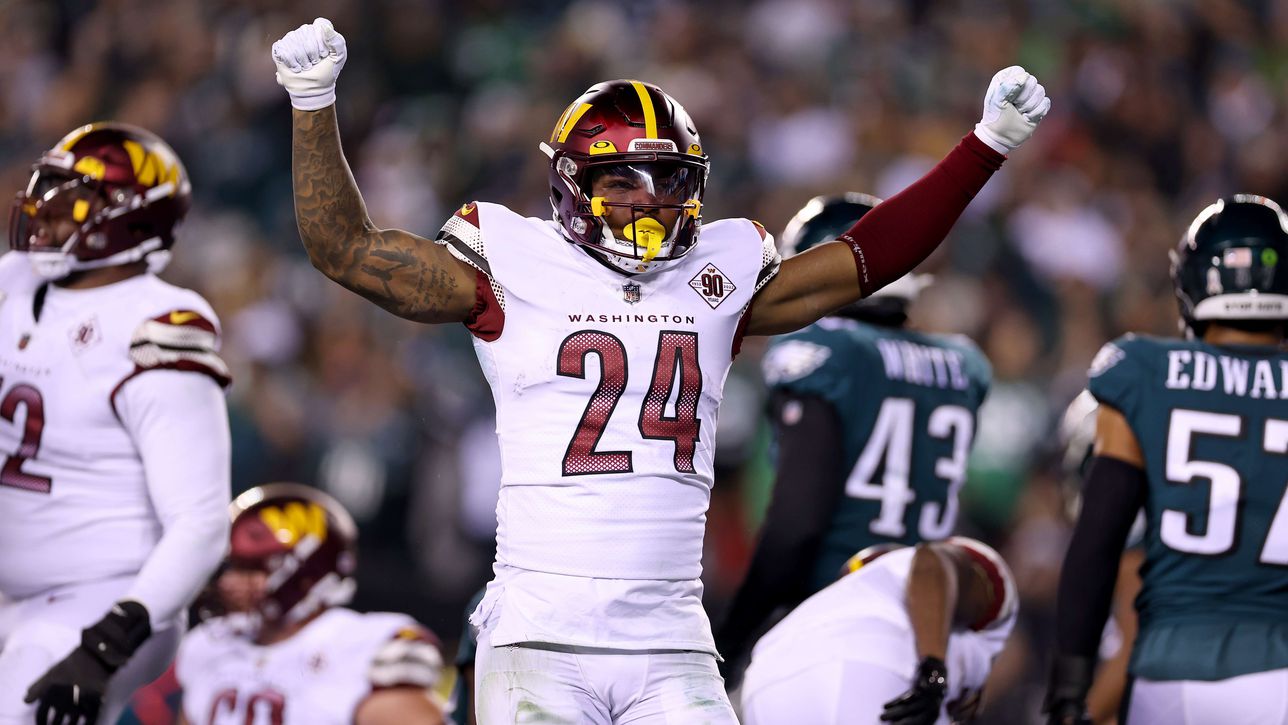 Philadelphia, PA- That is why they play the game. The NFC East. The 2022 NFL. No matter how you explain it the Washington Commanders ended the undefeated run of the Philadelphia Eagles with at 32-21 victory on Monday night. The key words for tonight was time of possession and the Commanders  owned it with a whopping 40 minutes to 20. The offense featured running backs Brian Robinson Jr. and Antonio Gibson as a one two battering ram. Washington converted 3rd downs at an extremely high clip (12-21) and four drives over 6 and a half minutes. That led to the potent Eagles offense being spectators with an upfront seat. I asked Terry McLaurin and he said that was a goal that the team had done against the Packers, didn’t do so well against the Vikings, but came back against the Eagles.

This team for all of its flaws is a tight unit who play extremely hard for each other. That was evident in the post game speech where Coach Rivera broke down in tears about his recently deceased mother. The team has rallied behind him and blocked out the exterior noise. The Commanders wouldn’t be themselves without drama but that does not seem to affect the team at all. They play hard for each other and that’s all that actually matters. This team now stands at 5-5 but is right in the thick of the NFC playoff race. Coach Rivera spoke on his team and says the growth is there, still a lot of mistakes but learning and growth is there. That certainly seems to be the case and on a national spotlight the NFL world got to see that the Commanders are a solid football team, and in the end that’s what every fan of the team wants.