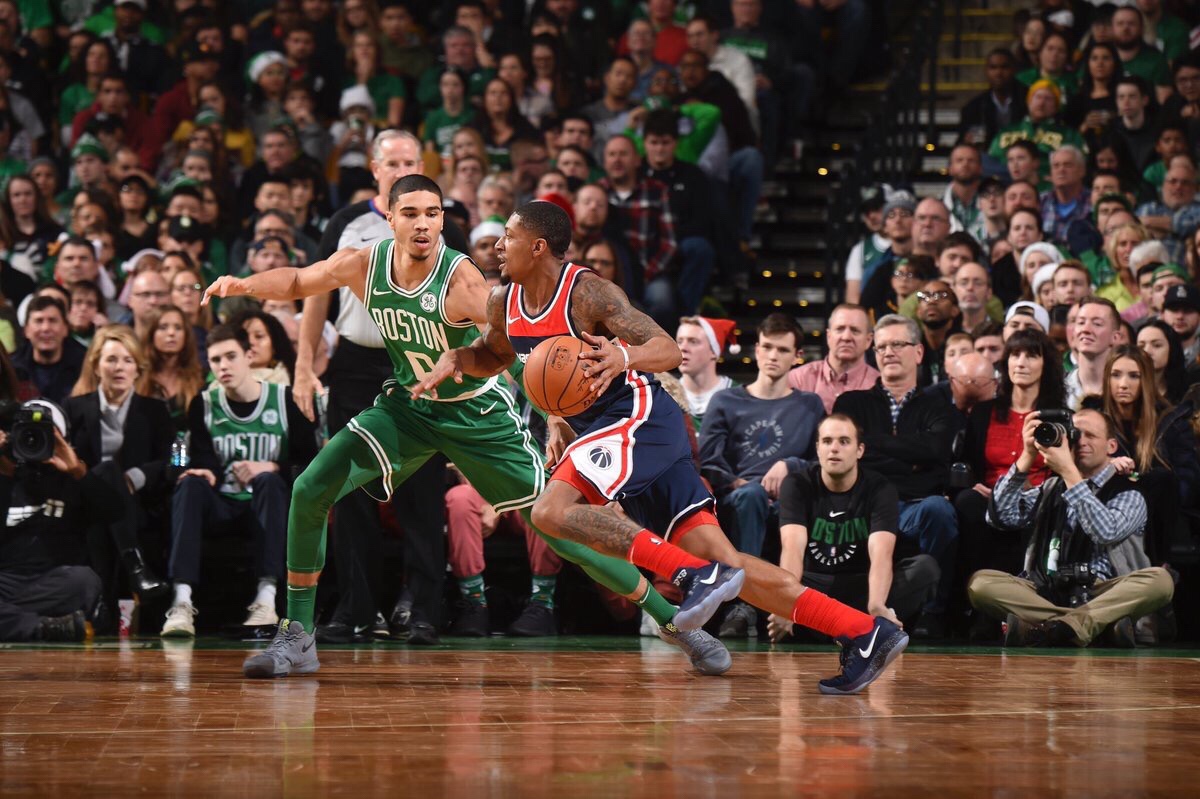 BOSTON — The festive occasion wasn’t without all of the bells and whistles. Fans packed the Boston Garden, with New England Patriots tight end Rob Gronkowski sitting just a few seats from Washington Wizards head coach Scott Brooks. Luckily for fans, the Wizards opted not to wear their red uniforms against the Celtics, who sported their green ones.

The Wizards went on a 12-0 run in the fourth quarter to beat the Celtics, who currently are first place in the Eastern Conference. In a matchup that featured the point guards John Wall and Kyrie Irving going head-to-head, Wall was victorious.

“This win means a lot to us,” Porter said. “It’s Boston, on Christmas. It couldn’t get no better than that.”

As a team, Washington had six players in double figures, which included forward Kelly Oubre’s 16-point day. Marcin Gortat was especially valuable in Monday’s victory, getting a double-double (11 points and 10 rebounds).

“We didn’t hang our heads down and we gave just continue to fight,” Gortat said after the game. “We have to understand that we are a great team and we just got to bring it everyday.”

Washington didn’t win the game so easily. The Wizards were up 52-50 during halftime and saw their lead slip away in the third. During the fourth, Wall and Beal entered with 9:11 remaining. They would take over the game with 6:18 to go.

The backcourt tandem led the team on a 21-8 run to end the game. Beal scored 10 points in the fourth quarter and Wall assisted on 20 points, when he re-entered the game. Oubre was also in on the fun, as he knocked down a big three-pointer.

“[You] always look at John and Brad and how well they play and how many big plays they make,” Brooks said, “[but] you win games with other guys stepping up.”

“You have to do this for 82 games and not let the ups and downs of a long season control your emotions or your energy and I thought tonight was as good as we could possibly play.”

Washington’s next game is away against the Atlanta Hawks (8-25) on Wednesday.