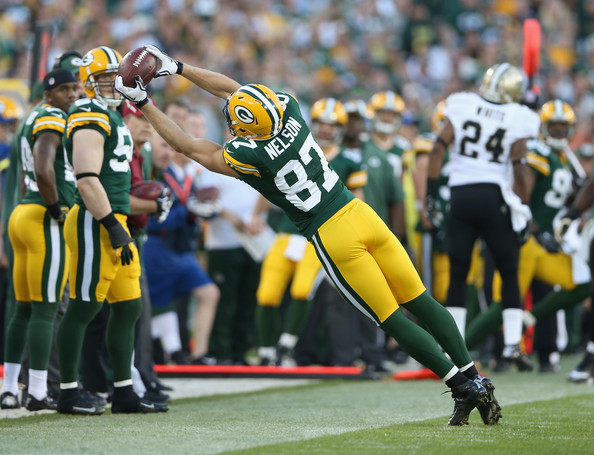 This is one of the articles you see the title on social media and either agree or disagree with it. Yet, here we are. So lets get to it.

Yes, the Baltimore Ravens just signed former Arizona Cardinals wide receiver John Brown and former Washington Redskins wide receiver Ryan Grant. The Brown signing is decent. Brown is a player who has been setback by injuries so a one-year deal was reasonable. The Grant signing was a huge head-scratcher leaving Ravens fans not so happy. But perhaps he will become something great since the Ravens gave the number third or fourth r-eceiver a very questionable contract.

The #Ravens are expected to sign #Redskins FA WR Ryan Grant, source said. It’s a 4-year deal worth $29M with $14.5M guaranteed, source said. He gets a $10M signing bonus.

Ravens fans should welcome both receivers with open arms. But Brown and Grant are not going to lead this offense to a Super Bowl. Do they provide some upgrade? Of course. But this organization has yet to make that “splash” at wide receiver that they’ve been talking about all off-season.

Jordy Nelson is currently scheduled to visit the Raiders (he's there today), Seahawks, Saints and Ravens. Strong market for WR

And it may be obvious that the Ravens are not bringing back center Ryan Jensen after this recent tweet.

Nelson has been Aaron Rodgers’ number one target for years now. And with a stacked wide receiving core that also including guys like Greg Jennings, Randall Cobb, Davante Adams and even at a point in time before converting to running back, Ty Montgomery in the slot, Nelson was still their number one receiver.

In four of the last six season that Nelson has played, he wracked up over 1,000 yards receiving and managed to reach the endzone more than ten times in each of those four seasons. In his 2016 season, Nelson posted 1,257 yards with 14 touchdowns winning the comeback player of the year award after tearing his ACL in 2015.

Despite having a down 2017, Nelson still managed to find the end zone six times in what was one of his worst seasons. Honestly, it’s almost criminal how underrated Nelson is. Yes, he missed a game last season and managed to have an off year. You know what that means?

All the more reason for the Ravens to sign him. He is 32-years-old and NFL fans all know the Ravens love their veteran wide receivers. And here is the crazy part: they all play well when they come to Baltimore!

In his first year in Baltimore, Steve Smith Sr. brought 1,065 receiving yards (led the team) and six touchdowns. Derrick Mason had as many 1,000 yards seasons with the Ravens as he did with Titans. And despite Anquan Boldin not surpassing 1,000 as a Raven, his first season with the team he led them in receiving yards (837) and tied with Mason for most receiving touchdowns (seven).

Nelson is the pure possession receiver with top-of-the-line route running abilities that the Ravens badly need. And at 32 there is no way he will be worth over anything around the $12 million a year range. Although, this report from Jason Wilde isn’t promising.

According to an #NFL source, the #Packers did offer Jordy Nelson the opportunity to come back at a significantly lower salary than he was slated to make. Not sure what the number was, but was told it wasn't for a lot more than the 10-year veteran minimum.

The Ravens wide receiving core could soon possibly consist of Nelson, Brown, Grant, Chris Moore and, possibly, Tavon Austin according to reports. That doesn’t include who they draft as well.

If the Ravens miss out on Nelson, then they may have to trade up in the NFL draft from the second round and grab two receivers in the first to truly make that “splash” they were talking about. Otherwise, Ravens fans are not going to be happy come training camp.