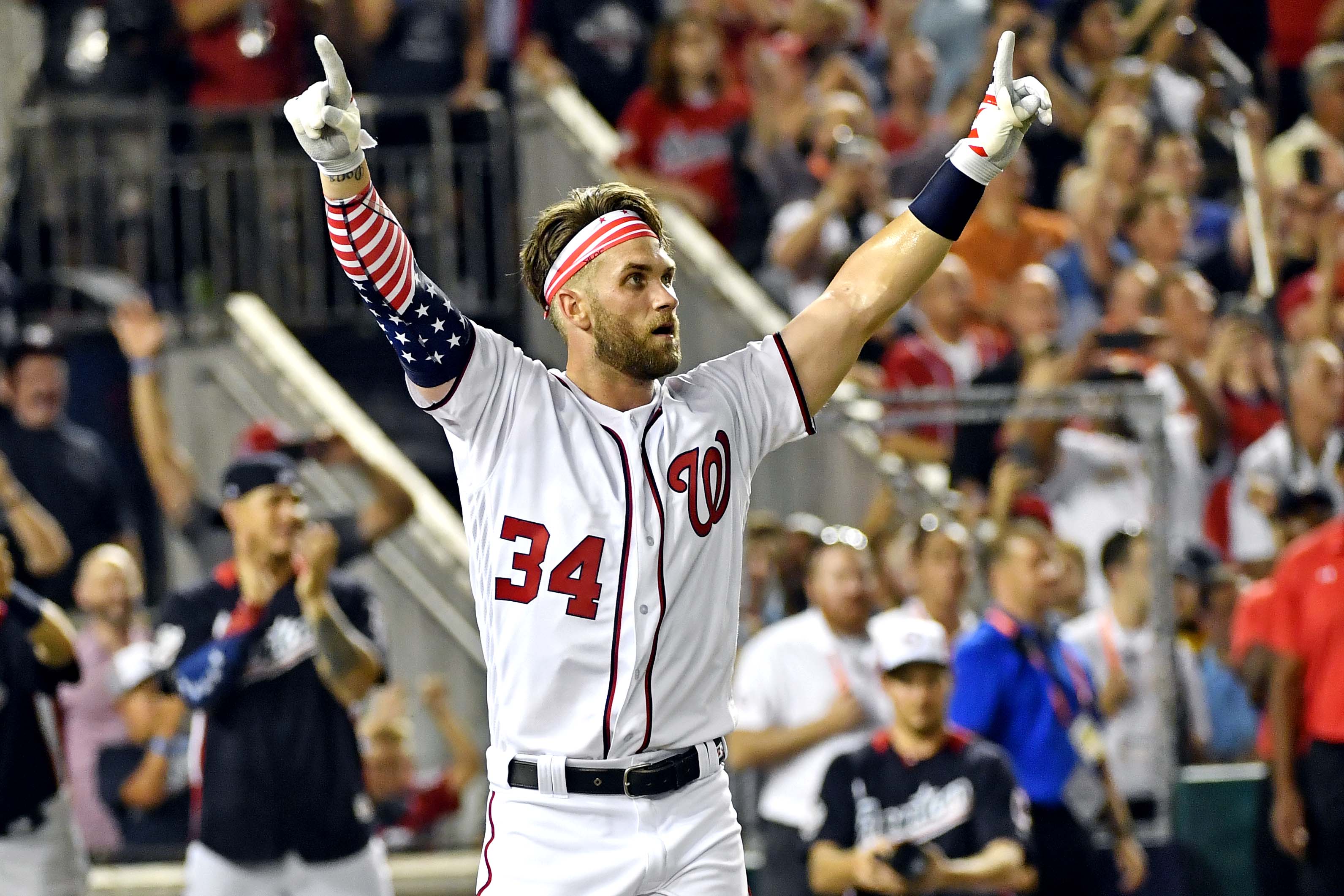 Harper, the final hitter of the night, needed 19 home runs to win the home run competition. He got that number in extra time to send the D.C. crowd into a frenzy to end the night.

Schwarber showed impressive power all night and looked to have the win wrapped up with Harper needing 10 home runs with just over a minute to go. Following his final timeout, Harper found his stroke to get all the long balls he needed to electrify Nationals Park.

The hometown hero advanced into the second round with 13 deep shots to defeat Atlanta Braves first baseman Freddie Freeman. The Nationals outfielder showed off his power in the opening matchup with two shots that landed on the concourse of the upper deck deck

Harper continued his onslaught in the second round by defeating Los Angeles Dodgers first baseman Max Muncy with plenty of time still on the clock. Muncy advanced to the second round with a surge of late home runs to defeat Chicago Cubs infielder Javier Baez, 17-16.

Schwarber demolished a couple balls into the upper deck in the first round in which he finished with 16 long balls. He needed every one of those bombs as Houston Astros third baseman Alex Bregman was just a few feet from tying the score on his last swing, but it ricocheted off the wall to end his night.

Philadelphia Phillies outfielder Rhys Hoskins was first up in the Home Run Derby and his 17 home runs were enough to advance to the next round to take on Schwarber. He finished with 20 home runs in the second round, but Schwarber connected with home run No. 21 as time expired to knock the Phillies slugger out of the action.

Milwaukee Brewers first baseman Jesus Aguilar, the top seed in the derby, was eliminated in the first round by Hoskins. He finished with 12 home runs.

Earlier in the afternoon, Nationals ace Max Scherzer was named the National League starting pitcher by Dodgers manager Dave Roberts in his home ballpark. Astros manager A.J. Hinch selected Chris Sale to be on the hill for the American League, his third consecutive start in the MLB All-Star Game. First pitch is scheduled for 7:30 p.m.