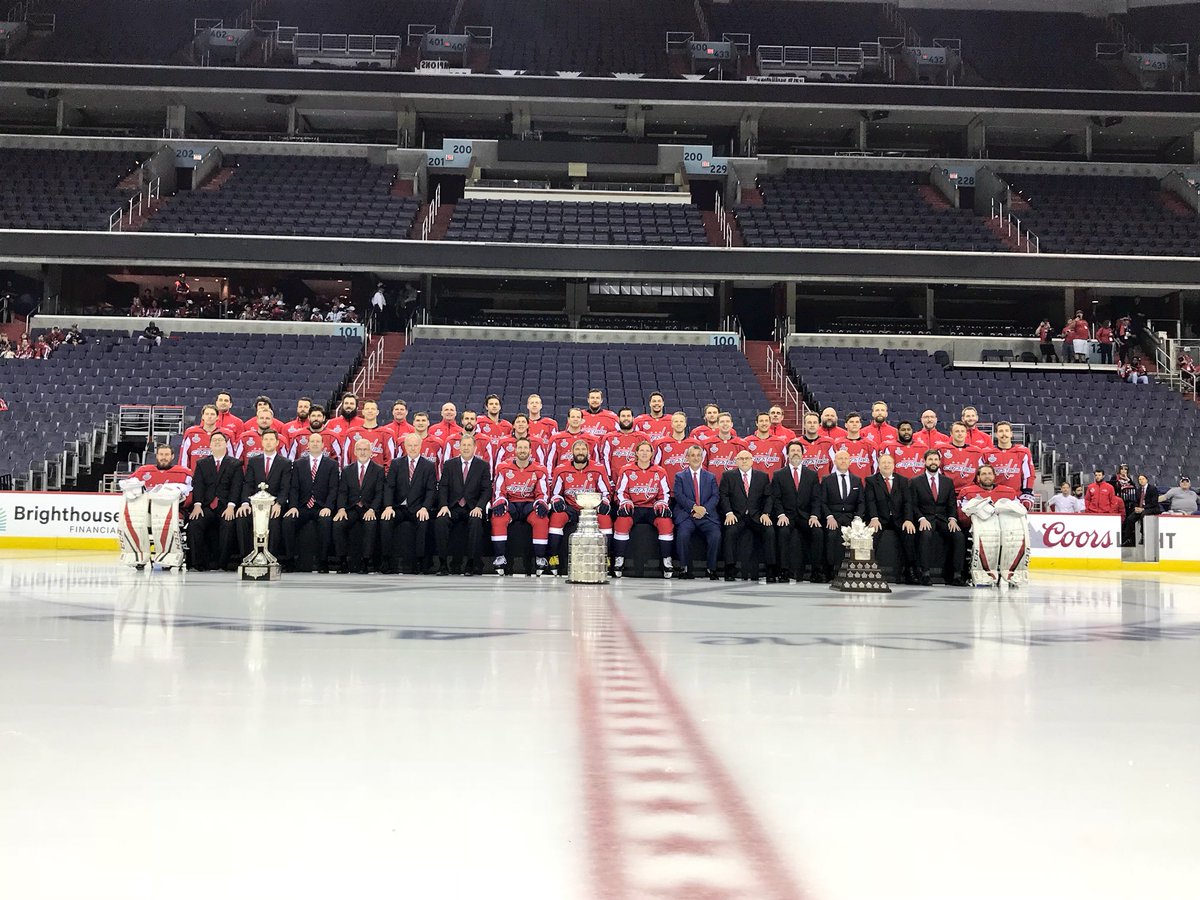 This week marks a month since the last time we saw the 2018 Stanley Cup Champions together in a public setting; celebrating with the entire DMV during a historic parade followed a couple of days later by the annual locker breakdown day.

In this past month the team has gone through a coaching change, roster changes, and of course continued to celebrate the first championship in franchise history.

Entering this off-season, the biggest question surrounding the Capitals was if the team would be able to retain head coach Barry Trotz. The team decided not to negotiate a contract extension during the season, however on the ice immediately following Stanley Cup Finals, General Manager Todd MacLellan stated “if he wants to be back, he’ll be back.”

During his breakdown day media session Trotz responded by saying “I do want to be back.” Four days later he turned in his resignation.

So what in the world happened? Some speculate it was the difference between a three and five-year deal; some think it had more to do with the annual salary; most have come to the conclusion that it was a combination of both. Regardless, Barry Trotz became just the seventh coach in all of professional sports to not return to his team following a championship season.

In the presser following Trotz’ resignation, MacLellan acknowledged that Trotz actually had a clause that initiated an automatic extension based off winning the Stanley Cup and that both sides couldn’t come to a further extension agreement, hence the need for a resignation.

“We had several discussions…and we weren’t able to come to an agreement.” — #ALLCAPS GM Brian MacLellan on Barry Trotz stepping down today. pic.twitter.com/72b0wJL24g

Next in line for the job was assistant coach Todd Reirden. MacLellan stated during the presser that Reirden was already being groomed to take over the position in the case a situation like this arose. It became immediately apparent that interview process was nothing more than a formality and that the next Capitals head coach was already in-house. Reirden was officially promoted to become the Capitals’ 18th head coach in franchise history on June 29th.

Meanwhile, Barry Trotz wasted no time finding the payday most believe he deserves, signing a 5 year deal in the $20 million range with the New York Islanders just three days after resigning in Washington.

As expected, Trotz took assistant coach Lane Lambert to join his New York staff and it is expected to be announced any day now that goaltender coach Mitch Korn will join them; both also followed Trotz from Nashville to Washington four years ago.

During his breakdown day media availability, MacLellan announced that backup goaltender Philipp Grubauer made clear that he believes he is a starting goaltender in the league and that trade possibilities would be explored so that Grubauer could “do his own thing.” Grubauer had every right to feel the way he did, especially considering he was the starting goaltender at the beginning of this Stanley Cup run. Everything came to fruition during the first round of the NHL Draft as Grubauer and defenseman Brooks Orpik were sent to the Colorado Avalanche for the 47th pick in the draft; a move that opened up over $5.5 million in salary cap space.

Since the trade Orpik has been waived by Colorado and is currently a free agent; Orpik and MacLellan have both acknowledged a return to Washington is not out of the question.

The biggest on-ice name that the Capitals entered the off-season focusing on was John Carlson. The defenseman has been in Washington since being drafted in 2008 and played the best hockey of his career during this contract year; including setting three new post-season franchise records.

In addition to Carlson, Michal Kempny was set to become an unrestricted free agent on July 1st. Kempny was acquired from the Chicago Blackhawks at the trade deadline during the regular season. Upon arriving in Washington, most believed Kempny would be kept under wraps and at most be used a backup defenseman nights where someone needed rest.

Carlson and Kempny both signed deals to stay in Washington almost a full week before the July 1st mark; Carlson getting the payday he deserves in the terms of a 8 year/$64 million deal, while Kempny signed on for a 4 year/$10 million deal.

After taking care of the main unrestricted targets the focus shifted to taking care of this year’s restricted free agency commodities. Leading that pack was none other than hero Devante Smith-Pelly along with first-line winger Tom Wilson.

On June 28th, Smith-Pelly signed a one year deal worth $1 million to defend the Cup next season. DSP said after signing that he had other offers worth more money but chose to stay with the Caps.

“It wasn’t worth it to leave somewhere where I’m happy and where I want to be…It’s definitely betting on yourself. I’m confident in myself.”

-Devante Smith-Pelly on June 28, 2018 after resigning with the Washington Capitals

That now leaves the team enforcer, Tom Wilson. Currently on a 2 year/$4 million deal that he has met and exceeded, Wilson is looking for a long-term commitment with the compensation to match. As of July 10, 2018 no deal has been made; however it is extremely telling that Wilson did not file for arbitration ahead of the deadline to do so, a sign that there has at least been progress made during negotiations.

If Wilson is in fact retained as expected, the Capitals will return 11 of their top 12 forwards next season, only losing center Jay Beagle to the Vancouver Canucks in free agency.

The Cup’s Award Tour (with Ovechkin my man)

While there have been a lot of business transactions in the past month, the Champions have not missed a beat in terms of celebrating with Lord Stanley.

From celebrating at Nationals Park days before the parade, to Alex Ovechkin and Nicklas Backstrom holding the Cup up on the fountain at the Bellagio in Las Vegas; the championship celebration has been one of which we have never seen before.

Last week began the annual tradition of every member of the Championship team getting their day with the Cup. To this point we’ve seen Carlson parade the Cup around Maryland; including a visit to the Capital Gazette following last month’s tragic shooting; Ovi took the Cup to his homeland of Russia and partied for an entire weekend with fellow countrymen Evgeny Kuznetsov and Dmitry Orlov (if they had it their way, there’d be a new goal song at Capital One Arena come next season).

From Russia with Love #ALLCAPS pic.twitter.com/2B9XqiVXWp

At the time of publishing, Kempny is in possession of the Cup in his home of the Czech Republic. Lord Stanley will make his way to Germany, Sweden, and Canada before returning back to the United States for good in August to be engraved with the team’s names.

The Caps aren’t scheduled to report for training camp until September 14th. With the exception of finalizing the Tom Wilson deal, no major news is expected out of Washington. With that said, expect this team to continue celebrating down to the very last second they are in possession of the Stanley Cup.