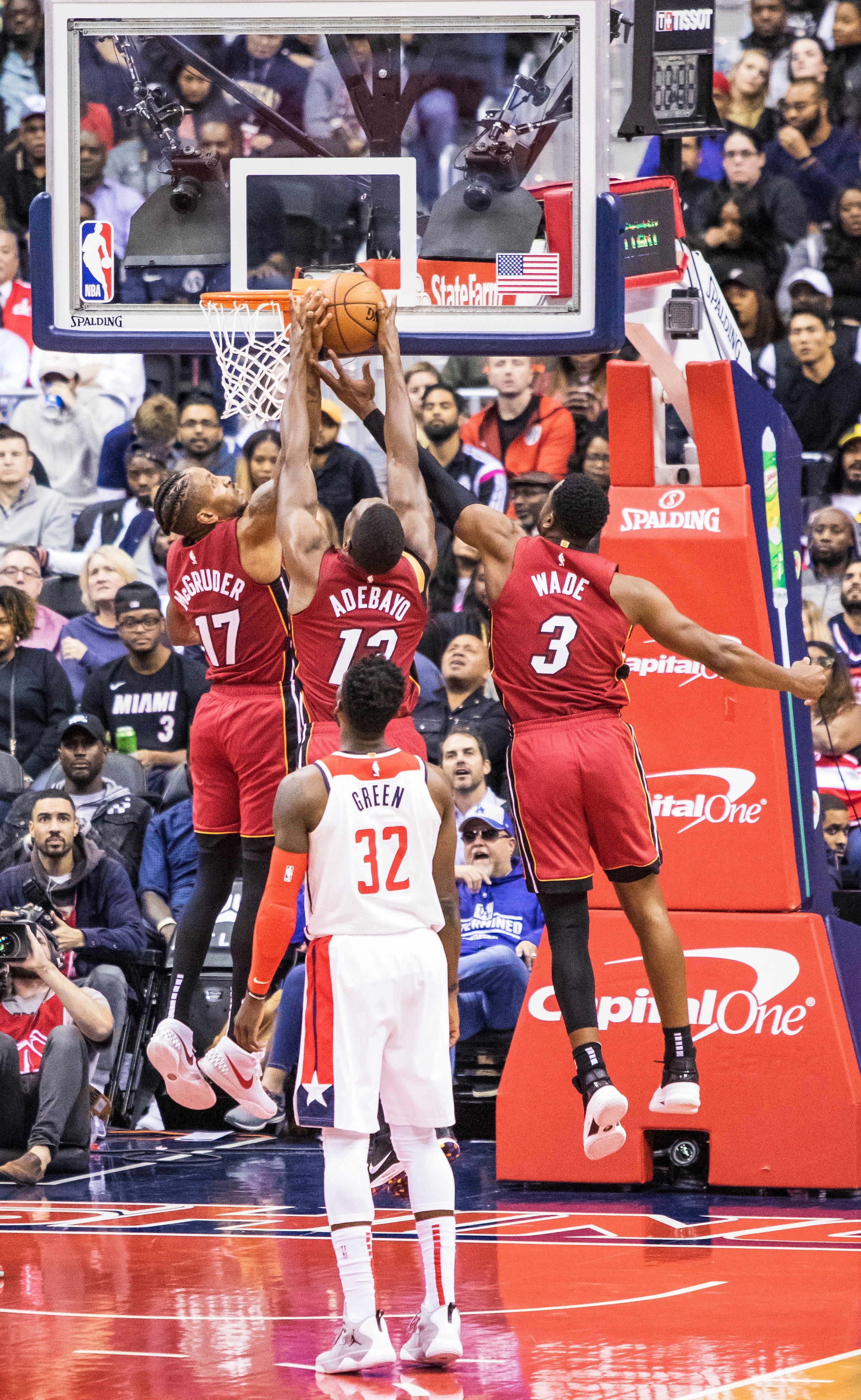 WASHINGTON- It seems to be a new season but the same narrative for the nation’s capital. On a night that was supposed to be glorious for their season opener,  the Washington Wizards lost 113-112 to the Miami Heat in a game that slipped away from them late in the fourth quarter.

With under a minute remaining in regulation, the Wizards were up 112-111 thanks to John Wall’s two free throws. Heading towards the 30-second mark, Miami turned the ball over and Washington had possession of the ball.

You can imagine what a team can do with .2 seconds remaining on the clock.

After the game Coach Brooks spoke on his team’s rebounding and the impact of playing a smaller lineup, “When we play small, and we did tonight with all the foul trouble that we were in, we got to man up and put bodies on bodies and rebound the basketball. Like the last play of the game, same thing gave up an offensive rebound. John [Wall] did an incredible job at contesting one of the game’s great players in [Dwyane] Wade. But we gave up the offensive rebound.”

Rebounding is part of the fundamentals of basketball and unfortunately, Washington couldn’t get the job done on that side of the ball.

“With that last rebound, you’ve definitely got to put most of the ownership on me and Jeff [Green]. We were the biggest guys. I think it took a bad bounce, but then we had great intentions trying to block and trying to get the board. You also don’t have to play against guys like [Hassan] Whiteside every night. 7-foot-1, 250 plus and you’ve got to block him out. It was a tough one tonight, but it’s the first game of the season and we’ll bounce back,” said Wizards F Markieff Morris who combined for 11 points and 5 rebounds.

Wall who led the team in scoring with 26 points and 10 assists said, “There’s no excuse for it. We executed a lot. What we did defensively in training camp we did pretty well – preseason we did [well]. We were guarding the ball very well except for times where we just got beat one-on-one. Too many fouls early on putting them in the bonus and not understanding we’re in the bonus. We had some big opportunities at threes we didn’t make, but they made more than us. But you look at offensive rebounds [and they] probably wouldn’t even be in the game.”

Despite the negatives, I will take one thing away from this game.

We are living in the world of an 82 game season and Wizards C Dwight Howard wasn’t in the lineup to provide them with the rebounding and rim protection that was obviously missing on Thursday night.

Luckily, the weaknesses that were exposed in the Wizards can be ratified hopefully sooner than later.

On Saturday, they remain in the Capital City to face off against the Toronto Raptors where the newly Kawhi Leonard will make his D.C debut.