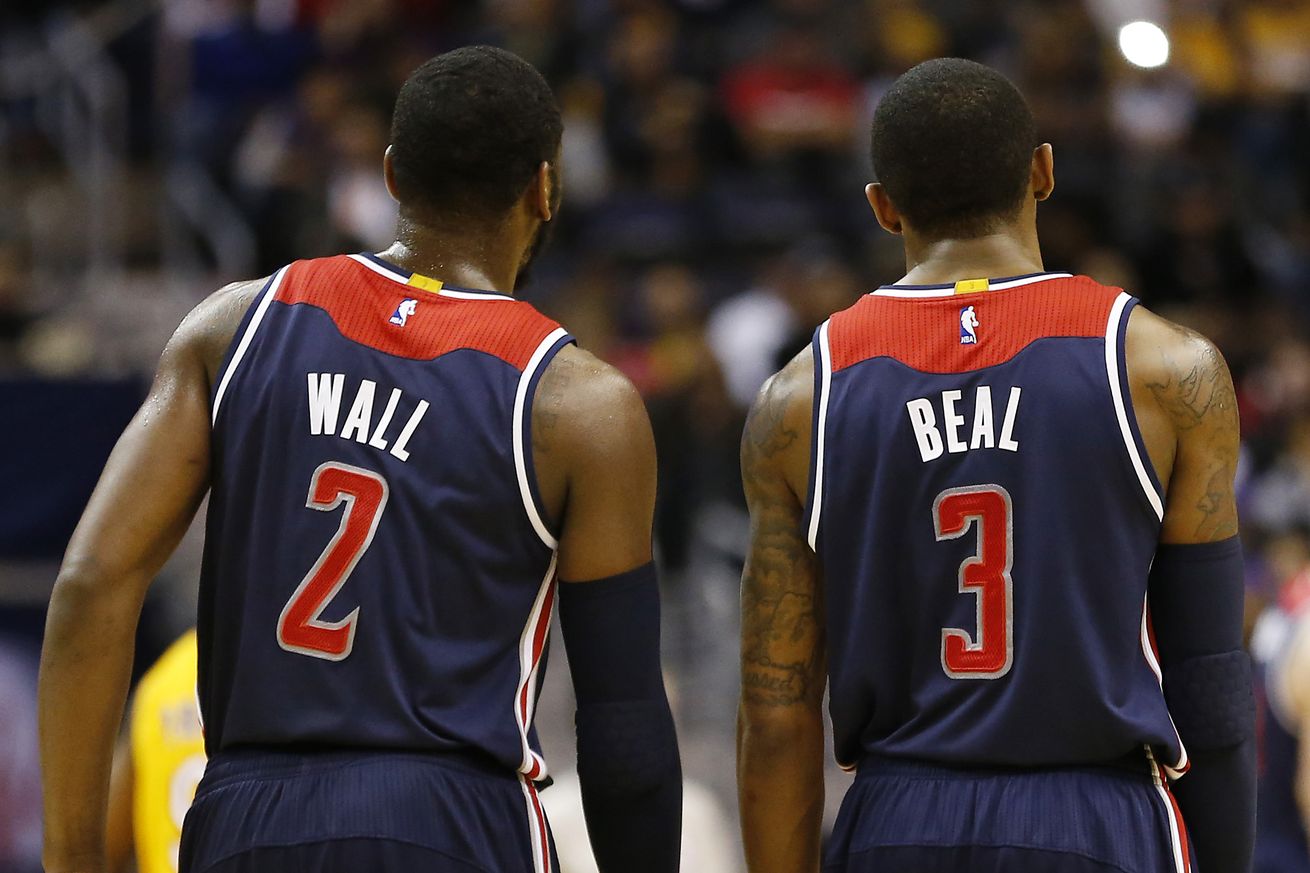 The Washington Wizards had a  three-game road trip that in a vacuum, looked pretty daunting. Two of the three games included match-ups against the San Antonio Spurs and the Oklahoma City Thunder, the last game coming against the Brooklyn Nets.

Being realistic, if the Wizards could manage to somehow go 2-1 in that span, it would be a huge accomplishment.

The Week that was:

In the game against the Spurs, Kawhi Leonard hit the game-winning shot. The Wizards were then 0-2 heading to Brooklyn.

The game against the Nets seemed like a mist-win now. At first, they trailed by 15 after the first half and it seemed like the train had completely come off the tracks. But a big third quarter rally ignited by Markieff Morris scoring 12 points in the quarter, helped Washington outscore Brooklyn 32-15 in the third to regain the lead.

From there the Wizards maintained the lead all the way to the final buzzer when the score read 118-113. They finally closed out a game. Even though it was against one of the worst teams in the league, and a small win is a big win for this team at this particular time. Seven players finished in double-figures with John Wall leading the way with 25 points and 13 assists on the night.

Tonight Washington plays against the Orlando Magic. These two teams have already met twice this season, splitting the games by very slim margins. In the one game that the Wizards lost, they were without Wall as he rested for recovery reasons. They’ll be fully loaded for the game tonight as they try to spark a winning streak.

This could very well be the stretch of games that ultimately decides the Wizards season. Here are the next four games:

If the Wizards could manage to win all four, they’d sit with an 11-12 record. Considering all that has gone on in this short season, that would be a major victory in itself. But being realistic, they will probably drop at least one of these games. Even then, a 10-13 record isn’t horrible.

On the opposite end, if they somehow drop three or all of these games, it’ll be time to really consider doing something drastic.

Hopefully, the win in Brooklyn gave this team some much-needed confidence heading into this three-game home stand. The players seem very stubborn in that they refuse to let this season go down the drain. There have been plenty of glimpses throughout the way of this team becoming a potential playoff team, but those glimpses have been outweighed by the less than mediocre production from the reserves.

Officially, it’s now or never for the Wizards.