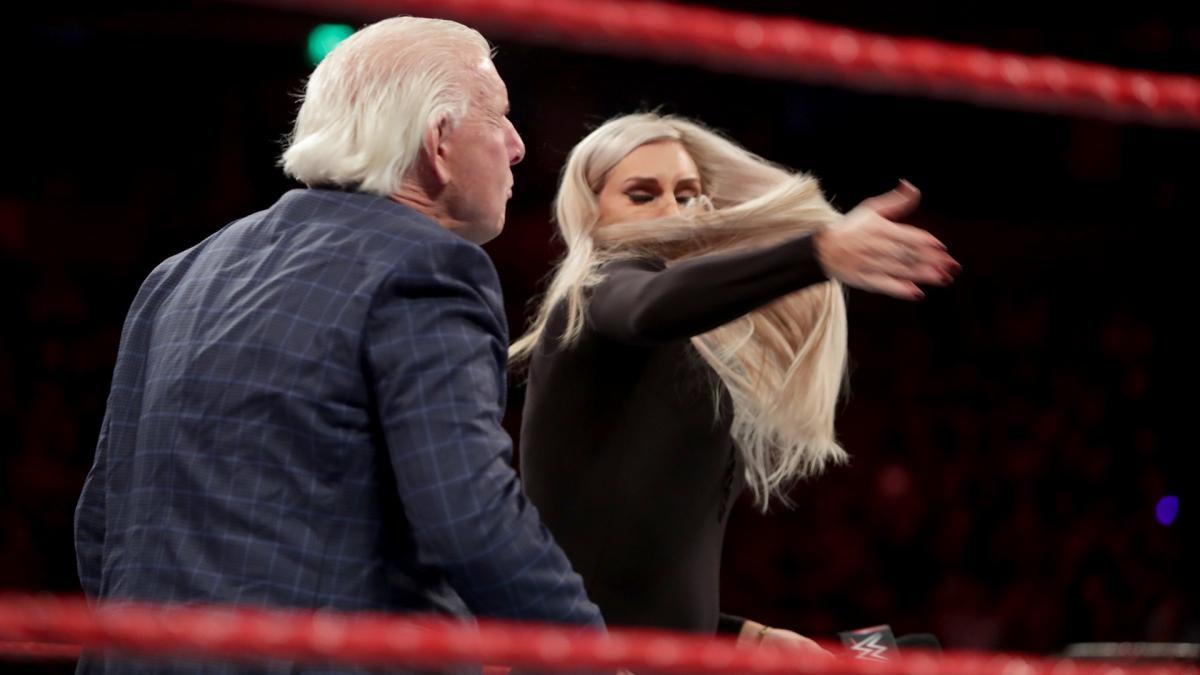 Last night RAW had several interesting moments with only two weeks to go until Roadblock:End of the Line exclusively on WWE network Here are the three best highlights in addition to the results:

It seems like every month Sasha Banks and Charlotte are making history. Banks challenged Charlotte to an Ironman match for the Roadblock PPV. At the end of the night, Charlotte publicly apologized to her father for her actions these last six months ago.

Charlotte decided to lure Flair with a hug but then showed her true colors as she slapped The Nature Boy across the face, accusing him of turning against his family for showing love to Banks. Banks attempted to make the save but she got a beat down from Charlotte. Kevin Owens had a rough night first he received a Chokeslam from The Big Show. Owens fell victim to Pedigree at the hands of Seth Rollins. The WWE Universal Champion battled his hated rival in Sami Zayn a match. This was an outstanding match that both men left it on the line. However, once again, Owens got the best out of Zayn with a Pop-Up Powerbomb and got the win. Chris Jericho had another opportunity at the United States Championship but he made it clear that he did not need Owens help. This was an unbelievable match, Jericho pushed Reigns to the limit. Owens did not listen to Jericho as he delivered a superkick to Reigns after he escaped the Walls of Jericho.

Jericho managed to hit the Codebreaker but couldn’t capitalize. He and Owens had a confrontation as Jericho would slap Owen’s chest. This was long enough for Reigns to recover and hit Jericho with a Spear. It looks like best friends are no more.