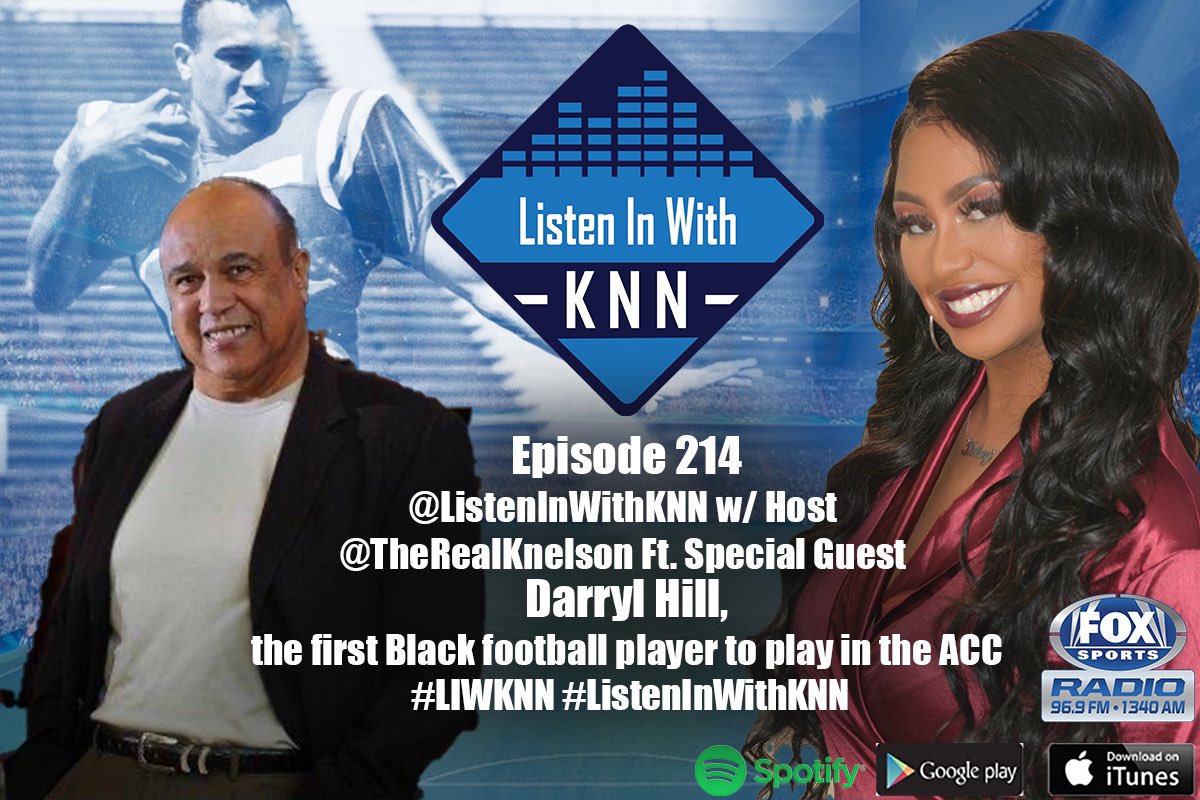 His legacy was recognized in the Cole Field House project at the University of Maryland which commemorated him and Billy Jones, the first Black student-athlete to play basketball at Maryland and the ACC, by naming the facility the Jones-Hill House. This was announced at the presidential inauguration of Dr. Darryll Pines in 2021. It’s important to note Dr. Pines is the first Black president in UMD’s history. The state-of-the-art facility is the new home of Terrapin football.

“The main thing it means to me is for the younger students and folks with the name there, then they would inquire ‘well, who are these guys?’ and then they hear the story and it helps them understand the history of sports and sports at Maryland,” said Hill.

When Maryland was offering Hill a scholarship to play football in 1963, several teams and trustees were in disagreement. “The two South Carolina teams, Clemson, and the University of South Carolina, who was in the ACC at the time said ‘you bring that Black guy out on the football field and we’re going to drop out [of] the conference. You give him a scholarship, we’re going to drop out of the conference.’ Maryland said, ‘you got to do what you got to do cause we’re going to sign him.’ I’m proud of Maryland for doing that,” said Hill.

Wilson Homer Elkins was the president at the time and encouraged the signing. While being the first can be burdensome, Hill is glad the university took the lead in integrating their school.

Another move to create a more inclusive culture at UMD was the renaming of the former Byrd Stadium to Maryland Stadium in 2015. The stadium was named after former President Harry “Curley” Byrd who served from 1935 to 1954 and was outspoken about Blacks not being welcome at Maryland. Hill recounted Byrd saying “He said ‘This is a white world only and Maryland is a white world only and it’s going to stay that way,” recounted Hill.

When the university made the name change, the Black Student Union and president at the time Wallace Loh wanted to rename the football and men’s lacrosse fields to be under Darryl Hill’s name. “I said ‘Oh no, uh uh. There’s going to be a lot of people at Maryland who are not going to like taking “Curly” Byrd’s name off this stadium. I don’t want to be a target. That’s when Wallace Loh said ‘We’ll name it Maryland Stadium as a holder and we’ll revisit it five or six years later when the heat’s off,” said Hill.

Before attending Maryland, Hill was a Midshipman in the U.S. Naval Academy, which was a dream his mother had for him. “I didn’t embrace it, but I wasn’t afraid of it. I’m not a very administratively organized guy, so a military academy didn’t fit my style particularly but I figured I could handle it and when I was there, I didn’t have any issues with the regiment and being in the military,” said Hill. At the time, the Navy was elitist. Hill explained that the cooks were Black and the waiters who served him were Filipinos. He decided after a year, that it wasn’t the way he wanted to spend his career. Hill left in good graces and is still invited to alumni events to this day.

Discussing current-day Maryland football, Hill projects that they will have a good team this year. Last season, they had their first winning season since 2013 and their first bowl win in 11 years. “I’ve been watching them carefully. I think [Taulia] is a star, a stud player, he’s got his receivers back. They’re going to be in the mix, they’re going to be competitive. They just got to get a little bigger and tougher to play in the Big Ten,” said Hill.

After football, Hill has pursued various business ventures. One of D.C.’s first Black-owned upscale restaurants, WH Bone, was initiated by Hill while he was running the Greater Washington Business Center. “There’s not one upscale, Black-owned restaurant in the country,” Hill thought at the time.

Hill wanted to create a restaurant that represented Black culture and excellence to match the ethnic restaurants around him that served Chinese, French, Afghan, Belgian, and Japanese food. “We serve southern cuisine on white tablecloths, waiters in tuxedos, and the prices to go along with it. People come in and say, ‘I ain’t going to pay this for fried chicken.’ I said ‘if you were at Emeril Lagasse’s restaurant you’d pay it, wouldn’t you?’… I wanted to prove a point and I proved it. It turned out to be the best Black-owned restaurant in the United States,” said Hill.

To hear the whole conversation, listen to the episode below!