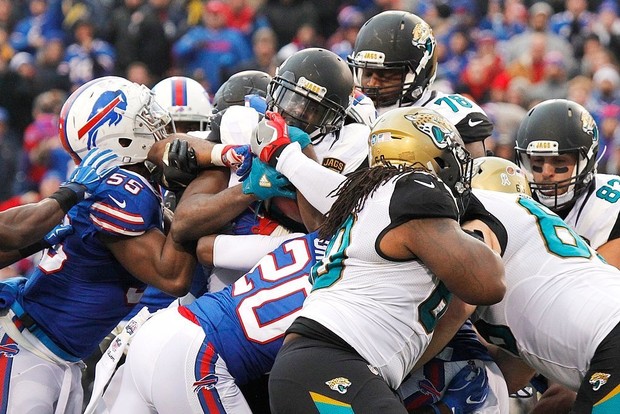 If you would have told me prior to the season that the Buffalo Bills and the Jacksonville Jaguars would be dueling in a Wild Card matchup in this upcoming playoffs, I would have thought twice about continuing that conversation.

Yet, here they are with both teams having similar identities: offenses predicated off physical run game and attacking defenses led by underrated secondaries. For the Bills, this is the franchise’s first playoff appearance since 1999. If you recall, the last time they were in ‘Playoffland’, their playoffs ended as Kevin Dyson trotted untouched towards the end zone for the Tennessee Titans in the Music City Miracle. The Jaguars themselves are making their first playoff appearance sine 2007 and only their third since the year 2000. Who will prevail in this intriguing matchup of surprise teams? Let’s preview.

The fact that the Bills are in this position is unique. Simply because at one point in the season, the Bills were 5-5 and dead square in the middle of a possible QB controversy with Tyrod Taylor and Nathan Peterman. The team finally settled on Taylor permanently around midseason and the team won four of their last six games. Outside of a run game that was sixth in the NFL (126.1 ypg), there is very little to be excited about the offense this season and they are fine with that. Taylor was efficient for the most part with 14 touchdowns and only four interceptions while running back LeSean McCoy earned his fifth straight Pro Bowl berth with 1,138 yards and six touchdowns. McCoy was also a key element in the passing game with 59 catches this season.

The defense has been a lunch-pail unit all season although the numbers may not necessarily reflect. They ended the season 26th overall in total defense but they allow only 22.4 points per game and have held opponents to 23 or less points in five of their last six games. The strength of the unit is probably their secondary, where they have a nice pair of safeties in Jordan Poyer and Micah Hyde, who combined for 10 interceptions this season. Rookie CB Tre’Davious White posted four interceptions this season and led the team in pass breakups with 18. White has been impressive all season, especially as a rookie and has shutdown corner written all over him.

For years, the Jaguars have been a punching bag for the league but a lot of that is about to change. Head coach Doug Marrone has created a talented roster and the insertion of rookie running back Leonard Fournette changed a lot on offense this season. Fournette posted 1,040 yards and nine touchdowns this season and added 36 catches. The Jaguars were fourth in the NFL this season in sacks allowed per game with just 1.4 and the solid offensive line, led by center Brandon Linder and rookie left tackle Cam Robinson, has made life just fine for Fournette and quarterback Blake Bortles. Quietly, the Jaguars were fifth in the league in scoring with 26.1 points per game which is even more amazing when you account their their injuries at the wide out spot.

Where the Jaguars have been fantastic is on the defensive side of the ball. A great collection of veteran difference makers and young, elite talent has transformed this unit into the 2nd ranked overall defense in the NFL this season. The Jaguars have held opponents to under 250 total yards on eight different occasions this season and led the league in only 4.6 yards allowed per play. Defensive end Calais Campbell was tied for 2nd in the league in sacks with 14.5 while the combination of defensive ends Yannick Ngakoue, Dante Fowler Jr., and defensive tackle Malik Jackson combined for another 28 sacks. Corners A.J. Bouye and Jalen Ramsey make arguably the best cornerback tandem in the NFL today and both earned Pro Bowl nominations while combining for 10 interceptions and 35 pass deflections.

A pair of surprising teams will battle in what appears to be a physical defensive battle between the two. Both sport a pair of defenses that create turnovers as both are in the top 12 in takeaways per game. So Bortles and Taylor have a tall task ahead of them to manage the game very precisely.

Neither team has a passing game that will truly worry opponents so of course, whichever run game can find it’s footing has a distinct advantage. The health of McCoy in this will play a major hand. He suffered an ankle sprain in Week 17 and even if he does suit up, he will likely not be 100%. If there is a kink in the Jaguars defensive armor, their run defense ranked 21st at the conclusion of the season and has allowed over 130 rushing yards in three of their last five games. The aggressive Jaguars defense will show itself here and will be an issue for a Buffalo team that has trouble scoring points even with a healthy McCoy in the lineup. 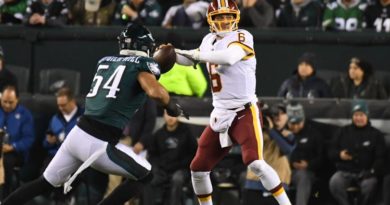 The Redskins are hapless and dominated in defeat to Eagles 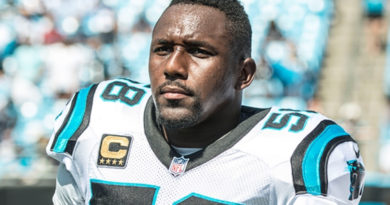 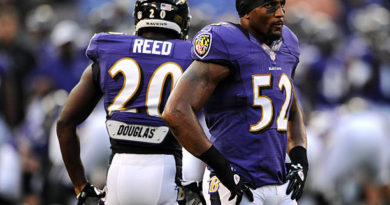