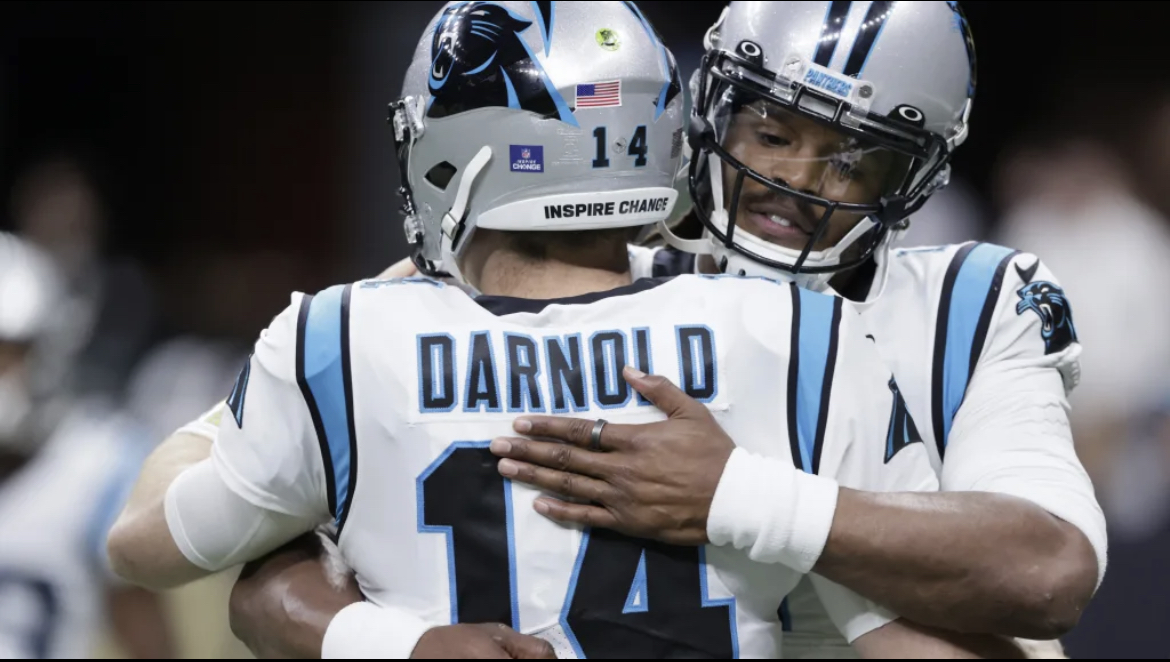 Let’s be honest, for the better part of the last year, we have known that the Carolina Panthers’ chances of trading for Deshaun Watson were a long shot. However, like the past three seasons or so, there was a glimmer of hope near the end – only to be dashed by reality. With Watson going to the Cleveland Browns, questions still loom large for Carolina at the quarterback position and head coach Matt Rhule can’t afford a third strike. After signing Teddy Bridgewater to a three year deal and trading him for peanuts to the Denver Broncos just a year later, the team was still on the hook for his $7,062,500 signing bonus. With Marty Hurney out of the general manager position, his successor Scott Fitterer took over and one of the team’s first moves was to trade for embattled NewYork Jets quarterback Sam Darnold – which leads to this current pickle. In addition to trading away their 2021 sixth-round pick and their second- and fourth-round selections in the 2022 draft, the team picked up Darnold’s fifth year option before he could even place his first order at Bojangle’s.

To be honest, the move was a lateral one at best, which Fitterer touting Darnold’s youth and upside when discussing the move with local media. Fast forward, and the 2018 No. 3 draft pick is exactly who we thought he was. After a promising 3 game stretch to start the season, it was downhill from there with only a sprinkle or two of positive play. Going into his fifth year, he appears to be a lame duck – $18M richer, nonetheless – as the team searches for a new field general. At the Scouting Combine in March, Fitterer was clear that the quarterback job is “open” and added that Carolina legend Cam Newton would know his status with the team by the start of free agency.

A grand jury’s decision not to indict Watson sent NFL teams into a frenzy and four teams – three from the NFC South – were in play to become his new home. Add in the fact that Tom Brady un-retired and decided to return to the Tampa Bay Buccaneers, making the division even more pressed to land elite talent at the position in order to contend with the Super Bowl LV champs. Atlanta had all but secured the hometown kid, who had grown up a huge fan of the team and had even served as ball boy. However, they hesitated and the Browns (out of contention just 36 hours prior) slid in with a $230M fully guaranteed offer that he could not refuse. The team’s Matt Ryan era had run its course and the Falcons’ 14-year starter was traded to Indianapolis to start his new chapter. With Marcus Mariota taking over the helm and Jameis Winston returning for the Saints, the Panthers look to be the odd man out in the division.

After the Darnold and CJ Henderson trades, draft assets are few for the Panthers. After picking at No. 6, they don’t have another pick until the fourth round (No. 137). One plausible scenario, from a league source, suggests the team should re-sign Newton, giving him a full off-season – something the 2015 hasn’t had in a couple of years – and draft Liberty quarterback Malik Willis with their first round pick. With Newton’s best years seemingly behind him, he could serve as a bridge quarterback, mentoring and grooming Willis to become the team’s next franchise quarterback. Not only did Willis play for Newton’s all-star 7v7 league, he also attended Westlake High School and Auburn – just like QB1. The Panthers missed their chance to draft a Newton-protege last year when they drafted Jaycee Horn at No. 8 while Justin Fields was still on the board. Not to mention; their previous target, Watson, is also a C1N 7v7 alum.

It seems that Newton’s influence goes beyond Bank of America Stadium, beyond the eclectic fashions, and transcends into shaping the future of the NFL as a whole. There are four C1N alums in this year’s draft prospect list alone. That leadership is probably one of the biggest reasons a return to the black and blue would benefit the team. They’re in year 3 of the Matt Rhule era and leadership appears to be especially lacking. Long gone are Panthers staples such as Greg Olsen, Julius Peppers, Thomas Davis, and Luke Kuechly. Further complicated by COVID and back to back season-ending injuries to running back Christian McCaffrey, the search for an identity has been ongoing. The revolving door at quarterback certainly hasn’t helped. From a character stand point, Willis seems ready to accept that torch as well. Earlier in the week, he was presented the 2021 Bobby Bowden Trophy during Liberty’s Convocation. The award recognizes the college football player who embodies a student-athlete of faith.

All of the aforementioned will be a moot point if Willis is off the board by pick No. 6. After an impressive pro day, his draft stock has improved. From another angle, the Panthers could look to recoup draft capital by trading back and picking later in the first round. Offensive line is an area of emphasis and the team has made strides during free agency but could also look to draft a tackle. Three offensive linemen – Evan Neal, Ickey Ekwonu, and Charles Cross – are expected to go early. Either way, it’s clear that rolling into the season with Darnold under center will be a last resort. Fans were outraged when Darnold regained the starting role late last season. The move could have been an effort to boost trade stock, but to no avail. There have also been rumblings about the Panthers’ interest in Baker Mayfield, but a league source said on Tuesday that the team is not pursuing the 2018 No. 1 draft pick “at this time.” This, of course could change. Rhule and co. are 0-2 on vet quarterbacks, but does the third year head coach want to hinge his fate on the shoulders of a rookie? In a few short weeks, we will find out.