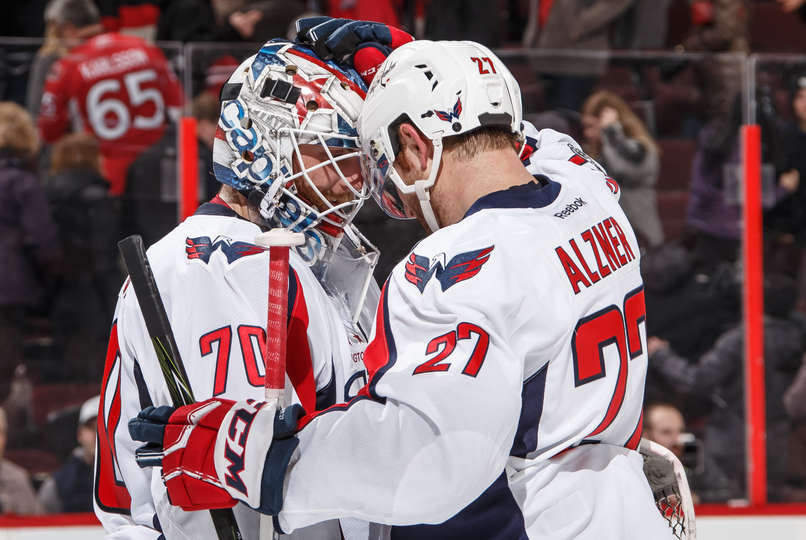 The Washington Capitals shut out the Ottawa Senators 1-0 Saturday night to earn their fifth straight win.

Washington alternate captain Nicklas Backstrom earned the 500th assist of his career from the game’s only goal.

“He’s pretty elite and real special,” Capitals head coach Barry Trotz said, according to The Washington Post. “… they all love him in the [dressing] room, and what he does for our hockey team is huge.”

Backstrom is the first Capital to reach the 500 assist benchmark.

“I’ll remember this,” Backstrom said, per The Associated Press. “I knew [that was my 500th assist] right away because I had been reminded a couple of times.”

The assist was Backstrom’s 23rd of the year. Defenseman Nate Schmidt earned the play’s secondary assist.

“He’s made a lot of people look good over the years — 500 times, you could say,” Schmidt said of Backstrom, according to The Washington Post. “He’s a tremendous player.”

During a transition, Backstrom weaved the puck down the ice and tapped it over to Washington forward T.J. Oshie. Oshie capitalized on the opening, scoring a one-timer goal to put the Capitals ahead 1-0.

“One mental lapse on the goal and a team like that is going to capitalize … ,” Ottawa goalie Mike Condon said, per the AP.

Though the Senators were shut out for the first time this season, they did generate scoring chances.

Ottawa put 30 shots on goal, but Capitals goalie Braden Holtby stopped all of them to earn his second straight shutout. Holtby also shut out the Columbus Blue Jackets Thursday night.

“Holtby is one of the best goalies in the league … ,” Condon said, according to AP.

The shutout was Holtby’s fifth of the season and 28th of his career. He is in a three-way tie for the most shutouts in the NHL.

“I thought we did a good job shutting them down, killing off power plays and Holtby was great back there making saves,” Backstrom said, per the AP.

Ottawa matched this aggression, delivering 25 hits to the Capitals and limiting them to 20 shots.

Condon saved 19 of the Capitals’ shots.

The Senators replaced Condon with an extra forward with 1:20 left in the game but could not score.

During the second period, Ottawa defenseman Dion Phaneuf checked Oshie. Oshie went to the dressing room after the hit.

He returned to play later in the period. Then, Phaneuf cross-checked Oshie, knocking him to the ice.

After his fall, Oshie left for the dressing room again with an upper-body injury. He did not return to the game after the second hit.

Trainers will reevaluate Oshie Sunday. His status for the Capitals’ next game is not yet known.

Between a flu bug that plagues the Capitals and Oshie’s injury, Washington is not completely healthy during this road trip.

The Capitals recalled forward Liam O’Brien from the American Hockey League Friday, so Washington has an extra replacement option if Oshie misses time.

The Capitals’ second win over the Senators in the past week improved their record to 25-9-5. They remained in fourth place in the Metropolitan Division, but they have as many points as the third-place Pittsburgh Penguins.

The Senators’ fourth straight loss dropped them to 20-14-4. They had not played since their last game against the Capitals on Jan 1. The Senators sit two points behind the second-place Boston Bruins in the Atlantic Division.

Washington will travel to Montreal to face the Canadiens Monday night.