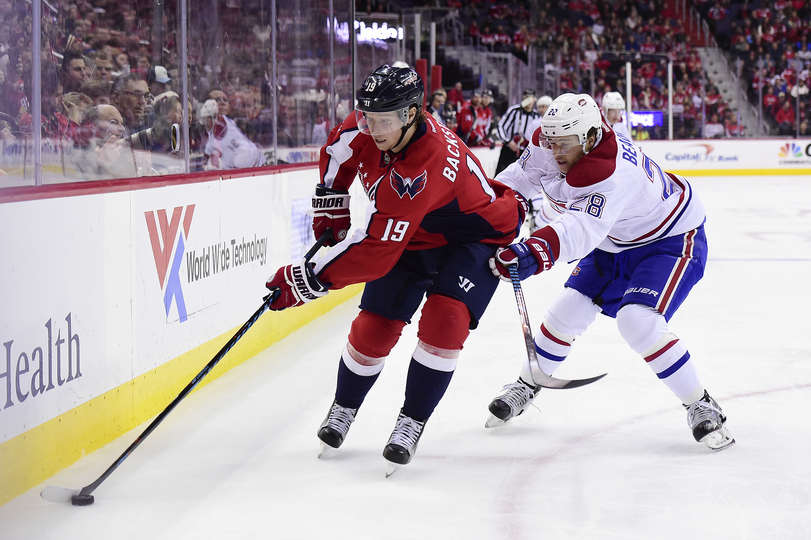 “We pulled [Price] to send a message to the players,” Canadiens head coach Michel Therrien said Friday, according to The Associated Press. “I didn’t like how they were playing in front of him. It made no sense to keep Price in there.”

As Price walked to the dressing room after 26:44 of ice time Friday night, he stared down Montreal’s bench.

“[Price] wasn’t pulled because [he] wasn’t good enough,” Canadiens defenseman Nathan Beaulieu said Friday, per the Montreal Gazette. “He’s the best player in the world … It had nothing to do with him, it was us, and sometimes you need a wakeup call.”

Price returned from the short outing, starting Saturday night against the Capitals.

“It was important for everybody to get an opportunity to bounce back,” Price said, according to the AP. “I didn’t have any doubts about the resiliency of our hockey team and the way we would respond.”

During one stretch, the Canadiens did not allow the Capitals to put a shot on goal for 15:22.

“I felt like they kept us to the outside,” Capitals forward Nicklas Backstrom said, per The Washington Post. “We didn’t get into the interior …”

The Montreal defense topped off its show with 21 blocks to Washington’s 4.

“We didn’t put enough shots on [Price] and make it hard enough on him,” Capitals head coach Barry Trotz said, according to The Washington Post. “But I don’t want to take anything away from Montreal. They were a pretty determined group. I think they wanted to respond for Carey.”

Backstrom scored Washington’s only goal during a five-on-three power play in the second period.

The power-play goal was the Capitals’ 14th in their last 15 games.

The one-timer goal momentarily tied the game at one.

Two and a half minutes later, Montreal defenseman Jeff Petry tipped a pass from teammate Max Pacioretty in for a goal.

The score put the Canadiens ahead 2-1.

Montreal scored the first of its two goals 15 minutes into the game.

“I haven’t seen someone wrap the puck that quick in a long time — or ever,” Holtby said, per The Washington Post.

Holtby stopped 23 of Montreal’s 25 shots on the night.

The Capitals fell to 19-8-3, losing for the first time since Dec. 3. They remained in fourth place in the Metropolitan Division with the fifth-place Philadelphia Flyers’ loss.

The Canadiens improved to 20-7-4. They sit atop the Atlantic Division, holding a seven-point lead over the second-place Ottawa Senators.

Washington will travel to Philadelphia to face the Flyers Wednesday night.