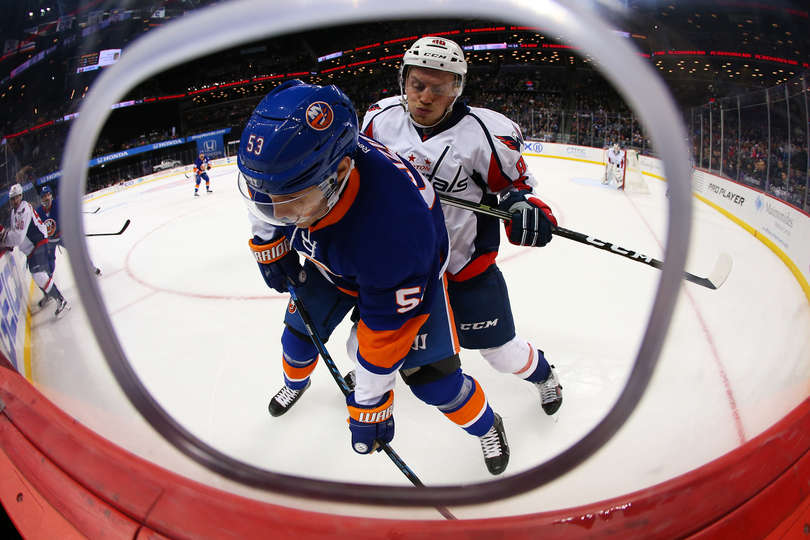 The Washington Capitals won their fifth straight game with a 4-2 victory over the New York Islanders Tuesday night.

Capitals defenseman Matt Niskanen scored twice in the third period to lift Washington over New York. Niskanen’s two goals were his first of the season.

“[Niskanen] is known more for a shutdown role,” Capitals head coach Barry Trotz said, according to The Washington Post. “The guys were excited [for him]. They were trying to get him the third one.”

With his goals, Niskanen broke his 43-game scoreless streak.

Niskanen’s first goal gave Washington a 3-2 lead a minute and a half into the third period.

The defenseman scored his second goal while the Capitals were on the power play. His slap shot near the blue line put Washington ahead 4-2 with 1:58 remaining in the game.

“It’s nice to see the puck go in,” Niskanen said, per Comcast Sports Network. “As a defenseman, you’re going to have a string of luck, and I did tonight.”

Niskanen’s two-goal game was his first as a Capital and the second of his career. He scored his first multi-goal game in 2014 as a Pittsburgh Penguin.

“You’re not going to give up two power-play goals and expect to win,” New York head coach Jack Capuano said, according to The Associated Press. “I’m losing my patience a little bit with some of the guys.”

The Capitals have scored 12 power-play goals in their last 13 games.

With 15 giveaways to the Capitals’ seven, the Islanders’ offense lagged.

“We find ways to lose games,” New York goalie Jaroslav Halak said, per the AP. “We’re not finding a way to win a game.”

Halak saved 34 of Washington’s 38 shots on the night.

“I thought our team did a good job of simplifying and keeping things below their goal line, wear them down, and that’s usually how you win games,” Holtby said, according to CSN. “… it’s my job to be ready.”

Nelson scored on a breakaway; Kulemin, on a deflected shot.

New York forward Casey Cizikas left the game in the first period after teammate Anders Lee stepped on his wrist while fighting for the puck.

The cut sliced Cizikas’ arm open, and he went to the dressing room immediately.

Cizikas later returned to play and earned an assist on Kulemin’s goal. He finished out the game playing each of his regularly-scheduled shifts.

The Capitals improved to 18-7-3 and moved into fourth place in the Metropolitan Division. They sit two points behind the first-place Pittsburgh Penguins.

Washington will travel to Raleigh, North Carolina to face the Hurricanes Friday night.