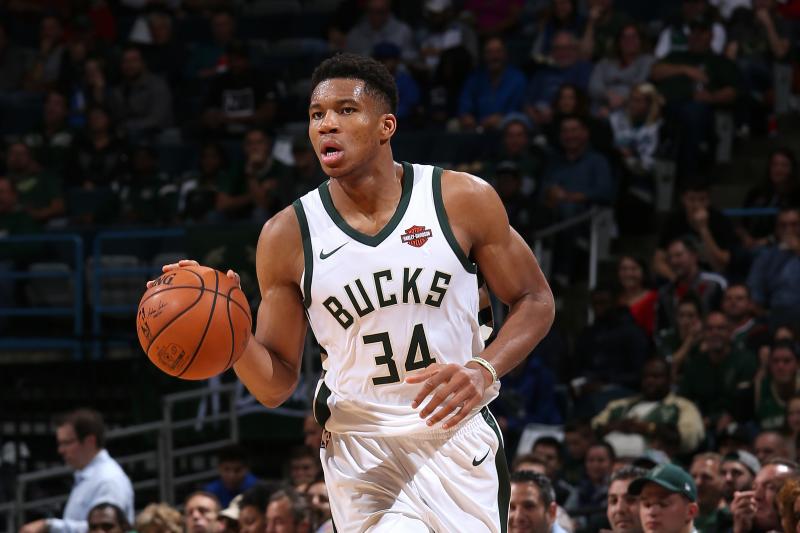 Three years ago, it was all a dream for Giannis Antetokounmpo as he made the jump from Greece to the NBA. At the time a 19-year-old prodigy emerged on the scene with unlimited potential to play any position at 6-11. The Bucks took a gamble when they selected him with the 15th overall pick in the 2013 NBA Draft. Fast forward to this season where he has put the league on notice. Here are my overall thoughts on the first couple of games for The Greek Freak.

Five games into the season, Antetokounmpo is leading the NBA in scoring with 35 points per game on 64% shooting, while having an insane stat line with 10,6 rebounds, 5.6 assists, and almost three steals per game for the 3-2 Milwaukee Bucks. This start has got everybody talking and is putting him into the MVP conversation instantly. Don’t get me wrong it is still very early in the season however, it is still quite an accomplishment and the numbers that he’s putting up.

Antetokounmpo put a show on Monday against the Charlotte Hornets when he dropped 32 points on them. Take this mind-blowing stat in the first four games of the season he has surpassed Kareem Abdul-Jabbar for a franchise record of 147 points. This stat was originally recorded back in 1969.

Going into the season, Antetokounmpo extra motivation due to unfortunate circumstances relating to his family. Prior to the start of the NBA season, his father had an unexpected heart attack he died at the young age of 54 years old.

It is crazy how much have a different a year can make with your confidence. This year, Antetokounmpo decision-making has significantly improved. In addition, rest could have contributed to his unbelievable start. He declined to play for his national team of Greece in the FIBA tournament during the summer.

The NBA has never seen a player with Antetokounmpo skills before. The scary thing is that he will only get better and he will be turning 23 in December. The Greek Freak is far from his prime, therefore the NBA should be very afraid as he is striving to become the best player in the NBA this year.