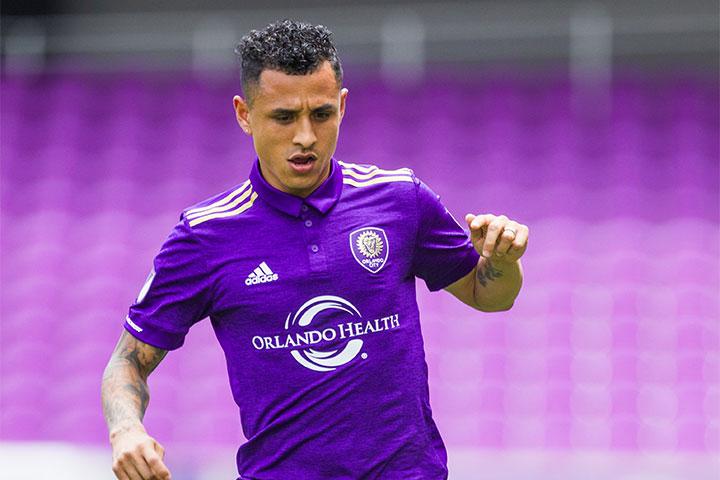 Yotún was selected in Ricardo Gareca’s 23-man Peru squad that traveled to Russia this summer for the FIFA World Cup and featured in all three group games as Peru finished third in Group C behind France and Denmark.

Yotún’s Orlando City SC currently stand 9th in the Major League Soccer Eastern Conference. Yotún was also most recently selected to compete in the forthcoming 2018 MLS All-Star Game which will be contested on August 1 inside the Mercedes-Benz Stadium in Atlanta, Georgia.

Perretta: First off, Peru played in the World Cup after 36 years, how was your overall experience in Russia?

Yotún: Good, it was a unique experience because after 36 years, Peru was there and singing the national anthem in a World Cup. All the people who traveled made it a wonderful experience that I’ll remember forever. Obviously, we are going to try to qualify for the next one so the future generations can enjoy watching the World Cup and be prepared for what’s coming.

Perretta: Goals from Carrillo and Guerrero assured a 2-0 win over Australia, what did this result mean for Peru, as a country?

Yotún: For the country it was nice to celebrate two goals at a World Cup. It was what they expected. In the first two games, we weren’t able to score even though I believe they were the better games by our team led by Coach Gareca. Even though we were already eliminated, it was a great atmosphere with all the fans who traveled to Sochi where we played against Australia. It was impressive and to be able to give the fans the level of happiness was very satisfying for us.

Perretta: How much have you learned, overall, from Coach Gareca?

Yotún: A lot. When I arrived I was not accustomed to this position, what I play now for Orlando and for the national team. He taught me that if you are dedicated and you put the effort into what you want, you can achieve many things. I like his philosophy of connecting with his players as much as possible in order to get the best out of them.

Perretta: Now talking about Orlando City, how would you describe the unique experience of playing at Orlando City Stadium?

Yotún:  It’s great, it’s a new and beautiful stadium that’s always packed. Most people only get to see the pitch and the stands, but the pre-game organization from entering into the locker room, to walking down through the tunnel is something incredible. These are beautiful moments that I am experiencing here in Orlando City and I would love to keep living these experiences that the Club has brought me.

Perretta: Lastly, what are your goals and aspirations for the club?

Yotún: Only the best. I believe it is clear that Orlando is aiming to qualify for playoffs, but we have to take it game by game. Every game for us is going to be like a final, we have to get into the playoffs and become accustomed to qualifying for playoffs and once we’re in it, try to advance as much as possible and hopefully one day reach the top and become MLS champions.