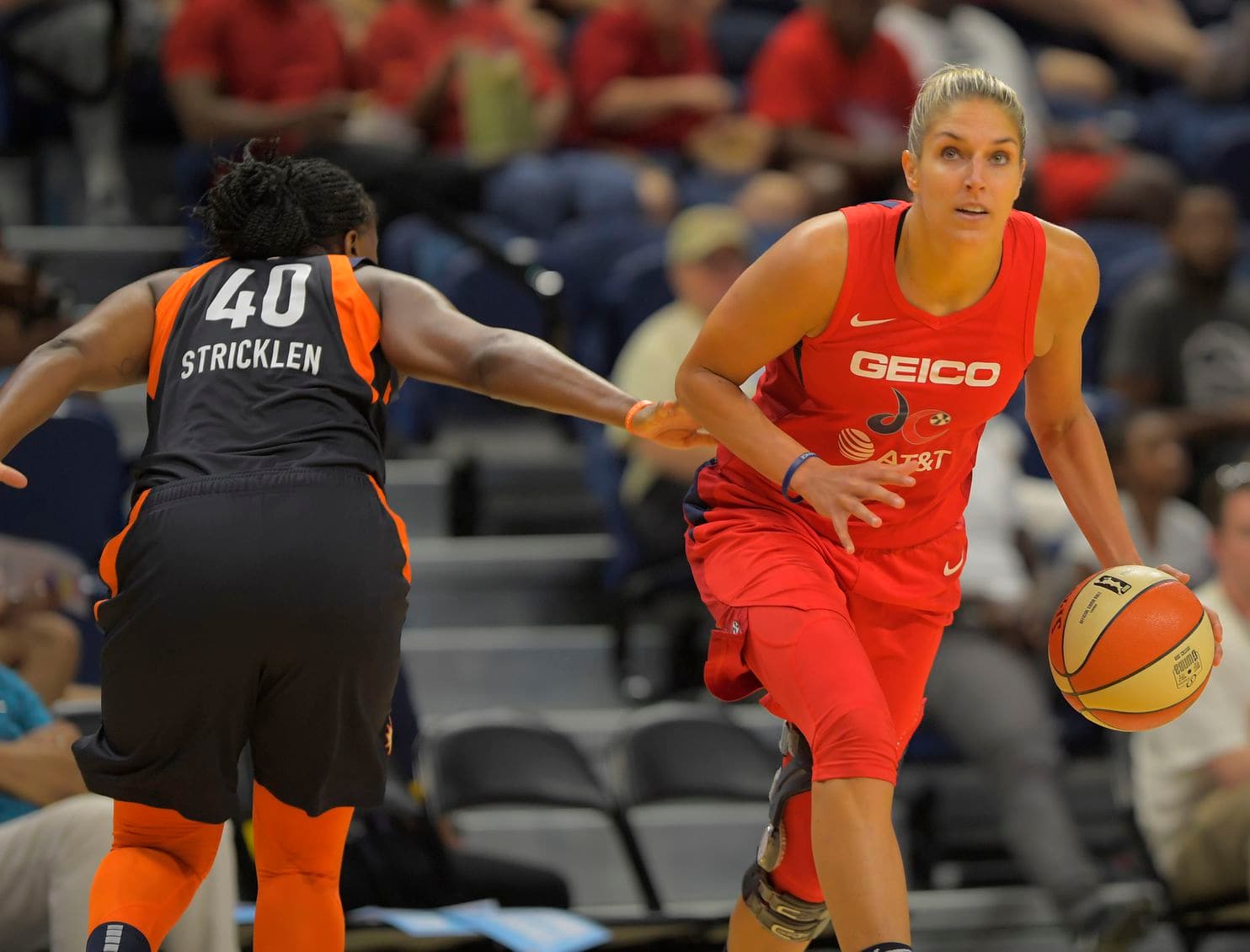 It seems like everything went right for the Mystics (9-3) as they returned to action at home after an 11-day road trip. The league’s best offense had six players finish in double figures, pouring in 106 points versus the Connecticut Sun (9-4).

“It’s our best, because it was our next performance. Then hopefully the next game we will continue to improve,” said Elena Delle Donne, Mystics forward. “We really locked in defensively, and it’s made such a difference for us. Offensively, we trust one another, we move the ball, and we spread the floor really well so if we can get stops we know we are always in the game.”

The Mystics held the top team in the league to just 59 points, as they grabbed 35 defensive rebounds and held the Sun to 15 points or less each quarter.

“In the past, I thought we relied heavily on our offense, but just being able to keep that consistent defensive mindset, making it tough on teams, stringing stops together…three stops in a row, four stops in a row, and then converting on the offensive end is big,” said Mystics guard Shatori Walker-Kimbrough.

Defense has been one of the keys for this team, who fell short of their championship dreams last season after getting swept by the Seattle Storm in the WNBA Finals. The Mystics made a statement to the league Saturday afternoon, showing they can get the job done on both ends of the floor, with aspirations of potentially making another run back to the Finals this season. While locking down on the defensive end, an extremely balanced attack , including 41 points from the bench, guided the Mystics to victory.

“Our depth is everything. Just having such a balanced attack makes it really hard on defenses to just lock into certain players,” said Delle Donne.

After dropping both games versus the Sun earlier this season, there was no mistaking who was the better team in this matchup. Washington dominated from start to finish, going up 21-9 halfway through the first quarter, holding all but one Sun player to single digits the entire game.

Elena Delle Donne led all scorers with 19 points and 10 rebounds, as Ariel Atkins chipped in with 15. Kristi Toliver and Aerial Powers each added 14 and 13, respectively. Jonquel Jones was the lone standout for the Sun, finishing with 15 points and seven rebounds.

The home fans did not leave the arena disappointed, as their “we’re number one” chants echoed throughout the gym. The Mystics now step into the top spot in the league. They return to action July 5 in Las Vegas taking on the Aces.