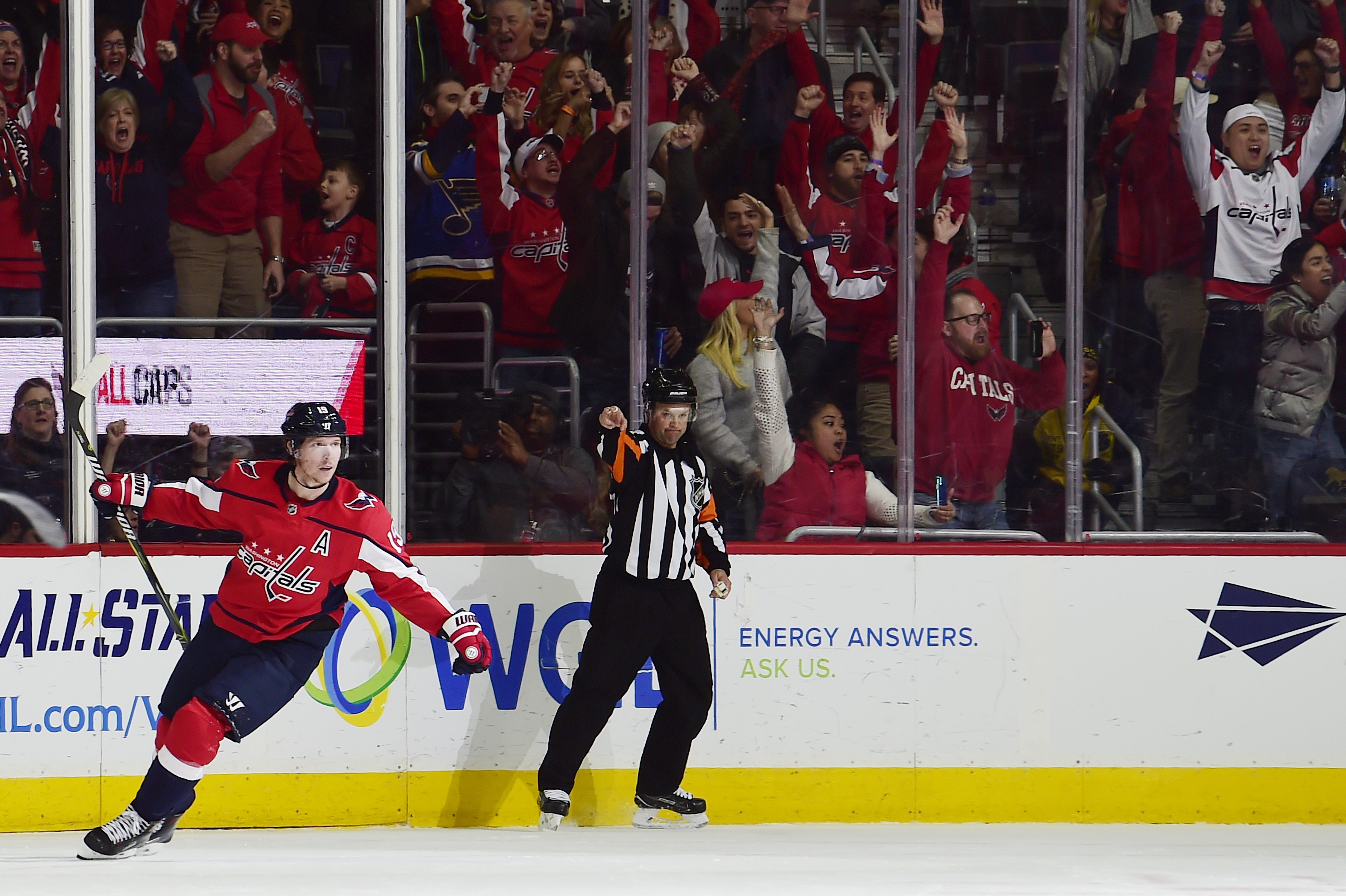 Nicklas Backstrom blasted the game-winner with 43 seconds remaining in overtime to give the Washington Capitals a 4-3 win over the St. Louis Blues on Sunday afternoon.

It was an all-too-familiar outcome for both teams. The Capitals have won nine straight home games, while the Blues have lost six of their last seven road games. Washington has won four straight games overall and remain on top of the Metropolitan Division.

Backstrom broke free from the Blues defense as they attempted to make a change, and found the back of the net after receiving a long pass from T.J. Oshie. The goal was the 197th of his career, which tied him with Alexander Semin for fifth all-time in goals scored for the Capitals.

Alexander Ovechkin had a power-play goal and an assist, and Braden Holtby finished with 30 saves, many of which came at the end of regulation and in overtime. Holtby is red hot as of late as he is now 8-1-0 in his last nine starts.

Washington opened the scoring on a power play goal when Brett Connolly redirected a Ovechkin shot past Blues goaltender Carter Hutton with 6:45 remaining in the first period. Washington failed to convert on their first power play, but were awarded another just moments later after Carl Gunnarsson was called for a holding penalty. John Carlson found Ovechkin on the left wing, and when he fired at the net, Connolly tapped the puck into the top right corner. It was the ninth goal of the season for Connolly.

The second period got off to a rough start for the Caps as St. Louis scored their first goal after a minute, 18 seconds. Ivan Barbashev found a wide open Vladimir Tarasenko at the high point and Tarasenko’s wrister found the back of the net to tie the game. The Russian now has 18 goals on the season.

The Blues continued to knock on the door and a Dmitry Orlov hooking penalty gave St. Louis its first power play of the game. It didn’t take long for the Blues to capitalize as Brayden Schenn’s one-timer from the right circle found the back of the net to give his team a 2-1 lead with 14:58 remaining in the second period. Alex Pietrangelo were credited with the assists. Alexander Steen was later credited with the goal after it was ruled he deflected Schenn’s shot attempt.

St. Louis controlled much of the action after the second frame, winning 67 percent of face offs and sizable 24-14 shot advantage.

A tripping penalty on Jay Bouwmeester gave the Capitals a power play opportunity and Ovechkin needed just three seconds to send his one-timer past Hutton to tie the game. Oshie won the face off and Carlson assisted Ovechkin on his league-leading 28th goal of the season.

It only took Washington a few minutes to retake the lead when Lars Eller scored his sixth goal of the campaign. Eller found himself alone in the left circle following Hutton’s kick save on a Oshie shot attempt and fired the rebound shot just passed Hutton’s outstretched arm.

Just when all the momentum looked to be in the Caps favor, the Blues tied the game at three with 4:09 remaining in the third period. Carl Gunnarsson made up for an earlier penalty that led to a Capitals goal with a wrister that forced this game into overtime. The defenseman now has four goals.

Next up for the Capitals is the second of a three-game home stand. The Vancouver Canucks will travel to the nation’s capital for a 7 p.m. start Tuesday.