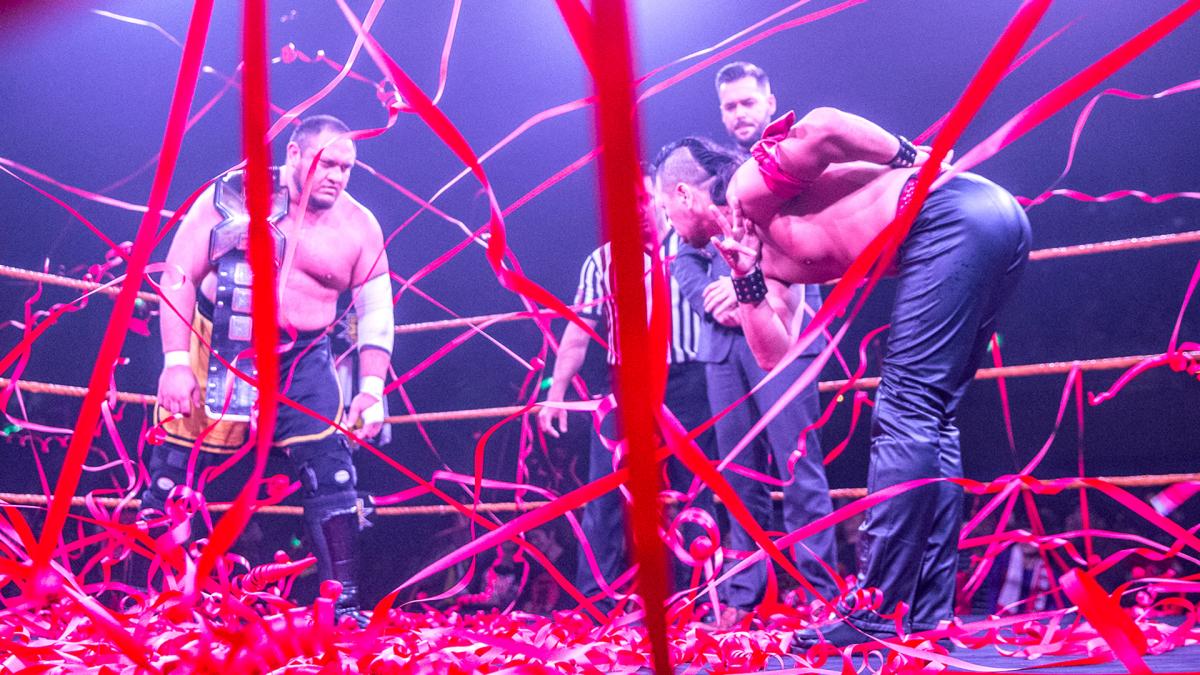 NXT decided to air the Osaka Japan special that took place in early December. It’s interesting whenever WWE goes to Japan because the crowd is so quiet and respectful during the match. I will provide a brief recap. Oney Lorcan and Andrade “Cien” Almas started the special off as both wrestlers have different fighting styles. This was a very entertaining battle between unique wrestlers Lorcan is very physical with his offense via uppercuts and powerful strikes. Compared to Almas as he tried to get the best out of Lorcan as he used his speed and avoid Lorcan deadly power. Lorcan picked up a win via a top-rope exploded Suplex that sent Almas halfway across the ring. This was easily the best match that I have seen from both wrestlers since their debut. Since NXT was Japan it had to have special matches and this was one of them. DIY had their toughest test to date against Tozawa and Tajiri both teams rely heavily on speed for their offense.Tajiri and Tozawa took control of the match, but Ciampa went back and for getting Tozawa with multiple strikes.Then it was Tajiri turn but this time it was for his legendary trademark kicks, which was followed by a pair of dives from Tozawa on the outside. One aspect that I love about Tozawa he is a beast when it comes to his quick German Suplexes. He delivered multiple Suplexes to the NXT Champions. Eventually once Gargano and Ciampa recovered they took out Tajiri in order to isolated Tozawa. Gargano and Ciampa hit their trademark running knee/superkick combination to retain their NXT Tag Team Championships. I was very intrigued to see to see this match up as Asuka defended the NXT Women’s Championship against Raw Superstar Nia Jax in front of her hometown of Osaka. This was the first time that I saw Asuka get dominated and Nia Jax has never been so dominant in any match that I have witnessed. Asuka managed to kick out of a Powerbomb and she responded with a massive German suplex to her. Asuka survived a retained her NXT Women’s match via a deadly kick to the head of Nia Jax’s.

They also showed Shinsuke Nakamura against Samoa Joe for NXT Championship which I did not understand why but it was even better the second time around.