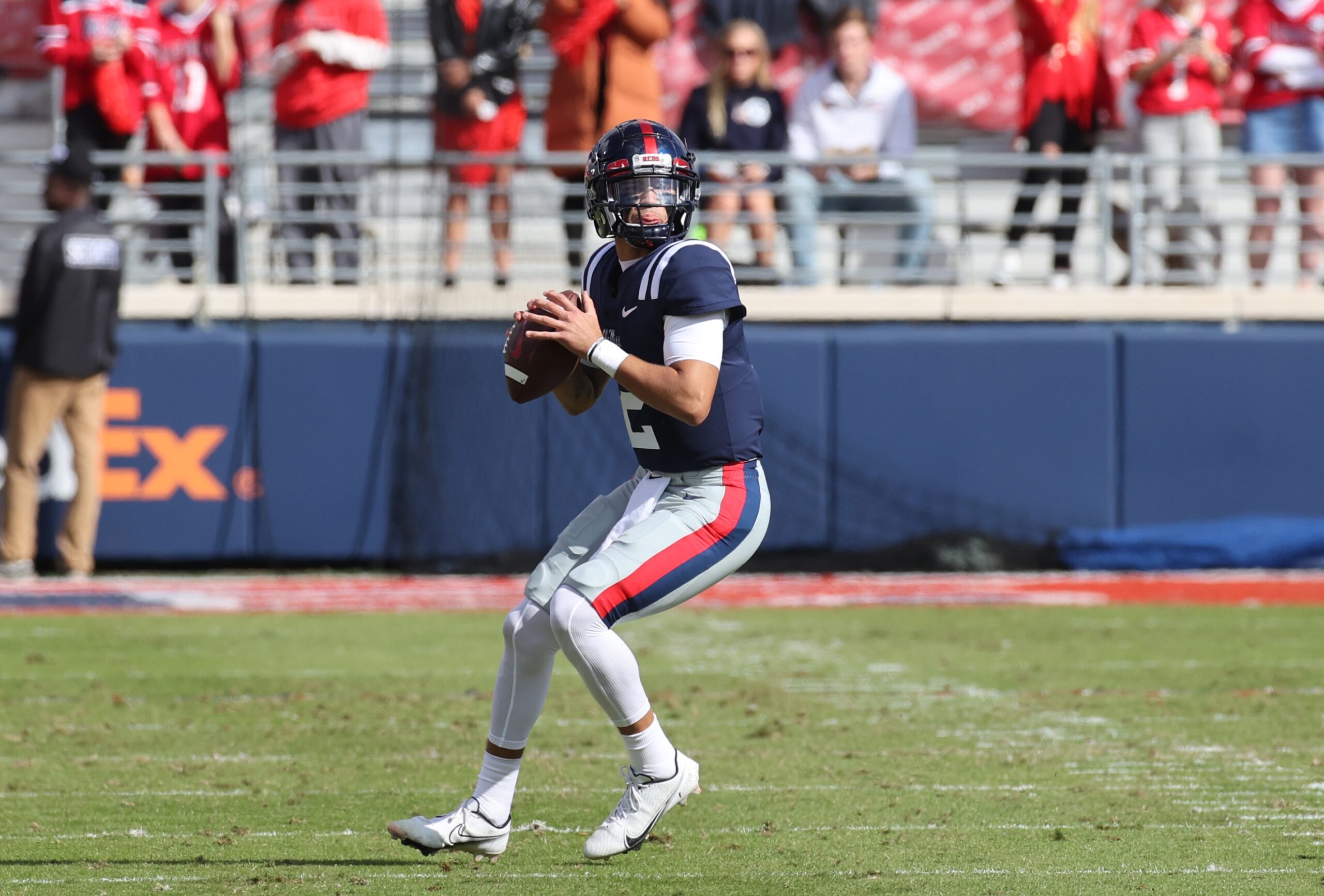 As the night wound down on Day 2 of the NFL Draft, the Carolina Panthers watched their quarterback options dwindle. With Malik Willis, Desmond Ridder, Matt Corral, and Sam Howell still on the board, the need to trade up and secure a Day Two pick began to wane. In pick purgatory due in part to the Sam Darnold trade last season, general manager Scott Fitterer was able to track a pair of picks to the New England Patriots to come up and select Ole Miss quarterback Corral at No. 94. Corral was the fourth quarterback off the board.

The Panthers went into the draft with two glaring needs – quarterback and offensive tackle – but with only one pick in the first two days. With defensive players dominating the top five picks, all of Carolina’s targeted prospects at both positions were still available. NC State’s Ikem Ekwonu – arguably the best offensive lineman in the draft was coming home after being selected with the No. 6 overall pick. The Charlotte native was a slam dunk pick; but then attention pivoted to the quarterback position – an Achille’s Heel for the Panthers over the past few years. With head coach Matt Rhule on the hot seat, a commitment to current starter Sam Darnold, and no day two picks, it appeared to be an uphill battle. The front office reportedly did not want to deal a player nor leverage too many future picks – two factors that would make a trade into the second round nearly impossible. Fortunately for Carolina, the quarterback slide opened the door for them to take action. After the Pittsbugh Steelers selected Kenny Pickett with the No. 20 pick, the next quarterback wasn’t taken until No. 74 when the Atlanta Falcons took Ridder. Tennessee took Willis at No. 86 and the Panthers knew it was then or never.

The Panthers sent this year’s fourth round pick (137) and next year’s third round pick to the Patriots in order to get their guy. The move likely takes the team out of the Baker Mayfield discussions although Fitterer told media that he doesn’t like to put an absolute on anything. Ridder leaves Ole Miss with 8,287 career passing yards and 57 passing touchdowns. He was also a finalist for the Manning Award and the Johnny Unitas Golden Arm Award. Additionally, he was a semi-finalist for the Maxwell Award, the Davey O’Brien Award, and the Walter Camp Player of the Year Award.