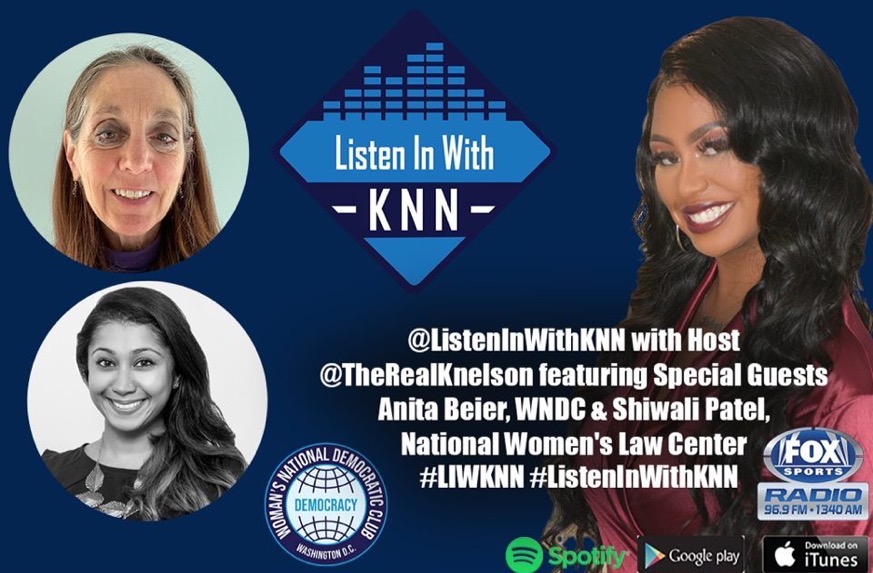 Nearly 50 years ago, Title IX of the Educational Amendments of 1972 was passed to prohibit sex discrimination (including pregnancy, sexual orientation, and gender identity) in any educational program or activity receiving Federal financial assistance.

Commonly referred to as Title IX, the battle for equality in sports, education, employment, and beyond still exists. In celebration of 50 years since its passage, the Woman’s National Democratic Club (WNDC) is hosting a panel tomorrow, May 12 at 6 p.m. ET to commemorate the progress made and discuss how we can reach the full potential of rights granted in Title IX. 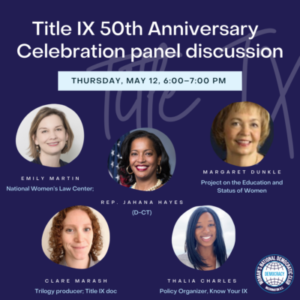 Rep. Jahana Hayes (D-CT), the first African American woman and first African American Democrat to represent the state of Connecticut in Congress, is the moderator of the event. She will be joined by Margaret Dunkle of WNDC who has worked on implementing the legislation since the start, Emily Martin who is the Vice President for Education & Workplace Justice at the National Women’s Law Center (NWLC), writer and Trilogy producer Clare Smith Marash, and Thalia Charles a senior at Lafayette College studying Government & Law and Psychology.

Anita Beier, committee member of Programs, Membership, and Finance at WNDC, finds Title IX significant because it has “changed the trajectory for women in sports, leading to amazing achievements by women athletes, while also protecting rights related to education, sexual abuse, and other important rights,” Beier said to “Listen In With KNN” host and executive producer Kelsey Nicole Nelson. In her opinion, it is hard to find another law that impacts such a large part of the population.

According to Beier, it is important to the WNDC to have this event to appreciate the hard work behind passing the legislation and ensuring that it is being implemented as well as to raise awareness of the ongoing threats to equal rights and the bi-partisan efforts used in 1972.

Shiwali Patel, Director of Justice for Student Survivors & Senior Counsel for the NWLC, encourages people to join the Demand IX campaign which was started in honor of the 50th anniversary of Title IX. The NWLC coordinated this effort with the Billie Jean King Leadership Initiative and Women’s Sports Foundation. The NWLC was founded in 1972 and has been a leader in advocating for robust Title IX protections since.

The Biden administration will likely propose changes to Title IX to address protections for sexual harassment in schools and for LGBTQI+ students, according to Patel. The NWLC has been requesting these changes since March of this year in their letter to The Offices of Information and Regulatory Affairs and Management and Budget and anticipates a response sometime this month. “NWLC will have explainers and other resources to help the public advocate for strong Title IX protections,” Patel said.

To join the celebration panel and learn more about how you can get involved in Title IX advocacy, RSVP here. For more Title IX 50th Anniversary events by the WNDC, check out this page.