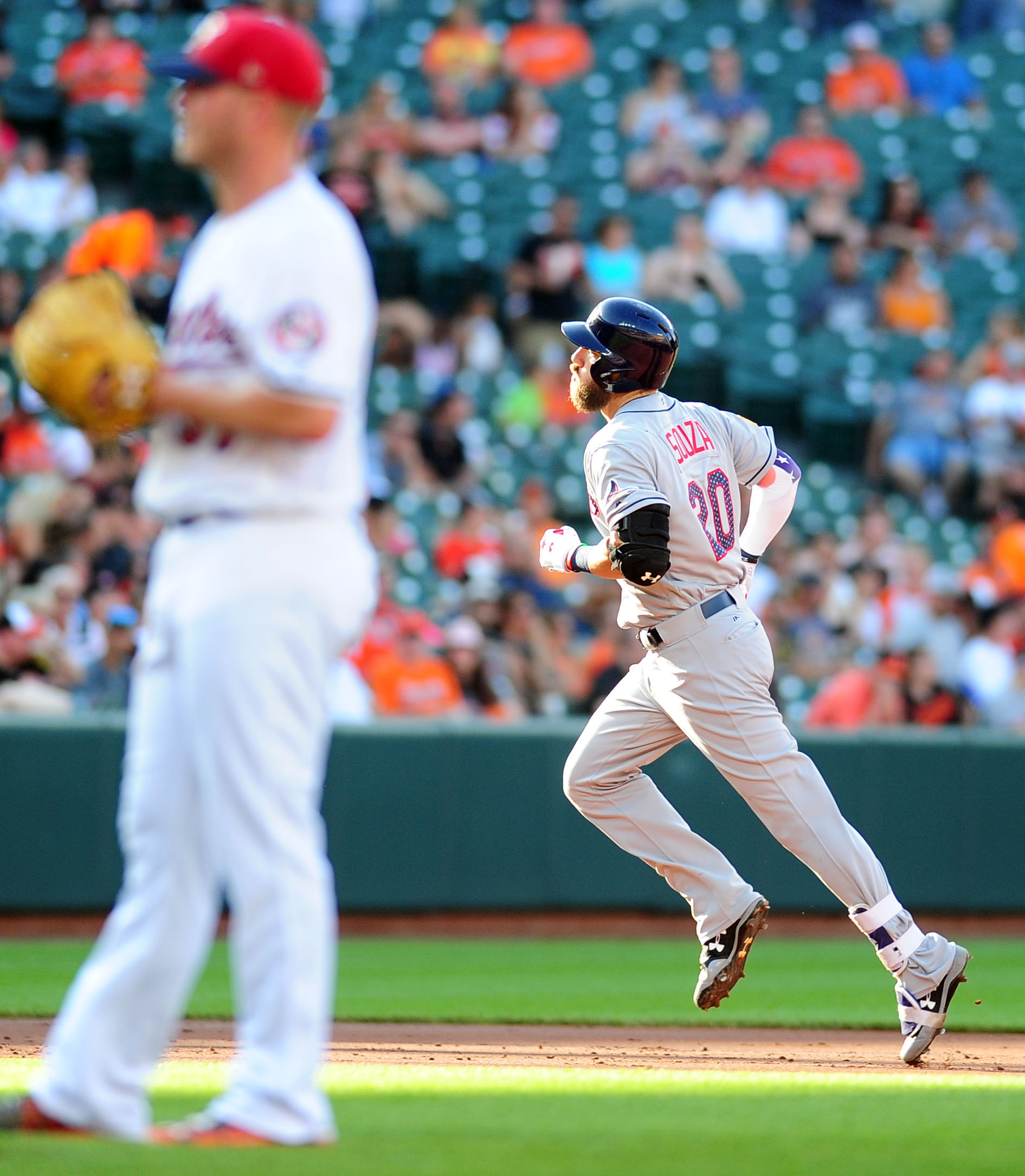 BALTIMORE – It took four hours and thirty five minutes for the Tampa Bay Rays to hand the Baltimore Orioles a 10-3 loss and ensure the Rays earn their first series win since the 2015 season.

It was a particularly long afternoon for the Orioles as it was the 11th time this season they allowed 10 or more runs, and they have reached that mark in seven of their last 21 games.

Dylan Bundy was pitching on six days rest for only the third time of his MLB career as the O’s want to limit the amount of innings pitched in his first full season as a starter. The end result was his shortest outing of the season as the right-hander lasted just four innings. That was the only thing that was short on the afternoon.

“He elevated some balls that didn’t need to be elevated,” Buck Showalter told reporters after the game. “Probably a little strong early on, but it looked like he was going to be able to coral it, but they are doing a lot of things right right now.”

After a delay of an hour and 12 minutes, the Rays got the scoring started in a hurry. Mallex Smith lead off the contest with a single up the middle and showed off his blazing speed by scoring on a RBI single off the bat of Evan Longoria. Two pitches later, Logan Morrison hammered one to center to give the Rays an early 3-0 lead.

Baltimore got one back in the second following a walk by Mark Trumbo to give the Orioles their first base runner of the afternoon. Welington Castillo reached on an infield single before Craig Gentry came through with a RBI single to cut the Rays lead to 3-1.

Morrison answered in the next frame with long home run that landed on Eutaw Street. It is Morrison’s second multi home run game of the year and the 24 homers on the season are a new career high. Steven Souza Jr. made it back-to-back jacks a couple pitches later for the Rays to make it 5-1. The three home runs allowed were a season high for Bundy.

Alec Asher came on in relief of Bundy in the fifth and that is when things really got out of reach for the Orioles. Wilson Ramos hammered his second home run in as many days, a three-run shot into the Rays bullpen, to increase their lead to 8-1.

Jonathan Schoop connected for a two-run shot in the 5th for his 16th homer of the yea to cut the Rats lead to 8-3, but Tampa added two more runs in the sixth off the bats of Smith and Corey Dickerson. Smith scored Taylor Featherson on a double and throwing error by Gentry. Gentry tried to make a diving grab on Dickerson’s double, but could not, and Smith scored to make it a 10-3 ball game.

Baltimore is now 39-41 overall and 6 1/2 back of the Boston Red Sox in the American League East.

Machado broke out of an 0-for-17 slump with a bloop hit to center in the third. Over his last 10 games, he is batting .153, with no homers, one double and has struck out seven times.

Caleb Joseph entered the game in the ninth to play third base. It was the first time in his career, majors or minors, that he has played third. Of course, the ball was hit to him in his first at bat as a third baseman and he recorded the out.

Special moment for Rays pitcher Adam Kolarek, a lefty from Catonsville High School and the University of Maryland, pitched the second game of his MLB career, and his first at Camden Yards. 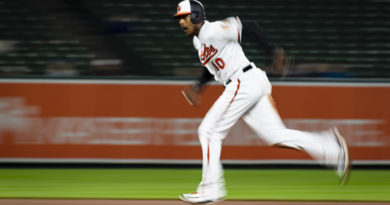 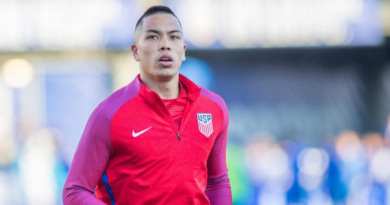 Nationals Finalize Opening Day Roster; Who Made the Cut?