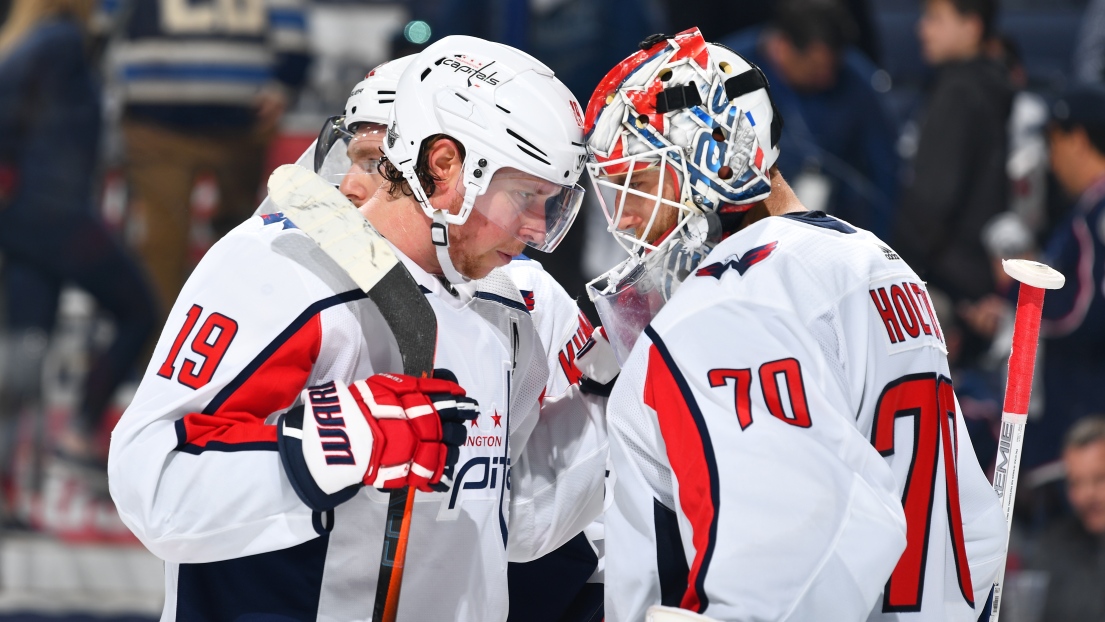 The Washington Capitals’ 2019-2020 season will bring lots of intrigue and hope for another Stanley Cup but nothing is guaranteed. These are the keys to the Caps making that Cup run possible.

Let’s start off addressing the giant elephants in the room. Nicklas Backstrom and Braden Holtby are both in contract years. While both have stated they wish to stay in Washington for the duration of their careers, it isn’t that simple.

Both are deserving of Ted Leonsis signing a blank check, however the NHL is a salary cap league and that cap number will ultimately be the determining factor in if Backstrom and Holtby remain in the nation’s capital until they decide to hang up their skates.

If it comes down to only one of the two getting resigned, expect it to be Backstrom. He’s coming to the end of a 10 year/$67 million deal and at age 31, remains one of the best passers and smartest players in the league. His partnership and chemistry with Alex Ovechkin is well documented and with Ovechkin all but guaranteed to finish his career in DC, it’s highly unlikely he’d do so without his power play partner.

As for Holtby, he hasn’t turned down the idea of taking a hometown discount and that may be exactly what is necessary as he will be due to become the highest paid goaltender in the league. The significance there is that neither of the top two goaltenders on that list own a Stanley Cup, Holtby does.

Which Evgeny Kuznetsov do we get?

Heading into the 2018 Stanley Cup run everyone knew Evgeny Kuznetsov had a different gear that we had yet to see. That postseason he put it on full display leading the league with 32 points (12 goals, 20 assists) and finishing second for the Conn Smythe Award (NHL playoffs MVP).

He continued his run as “Playoff Kuzy” during the first month of the 2018-2019 regular season, so much so that he faced questions as to being the MVP less than ten games into the season. His response to those questions may explain his subpar performance throughout the rest of the season and into the playoffs.

Speaking of having fun, it turns out he’s had a bit too much fun . Fun that will result in him missing the first three games of the regular season due to suspension after he tested positive for cocaine earlier this year.

Since the failed drug test became public, Kuznetsov has received nothing but support from his teammates and the organization. Once he returns to the ice in early October, the Caps will need him to return to the form that we saw during the 2018 postseason. It has become apparent, no matter what Ovechkin and Holtby do, the Capitals go as Kuznetsov goes.

Who is the backup goaltender?

With the aforementioned contract situation of Braden Holtby looming, the backup job is one of the most important pieces in the organization this season.

Last year’s backup Pheonix Copley did well in his 27 appearances; registering 16 wins with a save percentage of .905. In fact, Copley impressed so much that he earned a three year, $3.3 million contract extension in February.

The issue is that many believe Copley is only good enough to be a backup in the league; if Washington needs to find their starter of the future, now is the time.

Enter Ilya Samsonov. The 2015 first round pick has been impressive during his time with the Hershey Bears and has long been thought of as the heir apparent to Holtby when the time comes. While he could certainly use another year or two of fine tuning, he may not be awarded that luxury if the current starter walks next offseason.

At the time of publishing, the Capitals have Holtby, Copley, and Samsonov on their roster. However, it’s a roster that will go through some changes once Kuznetsov returns from suspension and Michal Kempny returns from injury. The Caps have three games in four days this week. There is a chance that Holtby won’t start all three so we could see as early as this Friday what the organization has in mind.

*UPDATE* At 12:00pm on October 2, the Capitals placed Pheonix Copley on waivers. If he goes unclaimed he will return to the Hershey Bears.

Does Tom Wilson take another leap?

Around the league, in fact anywhere besides Washington, Tom Wilson has the reputation of a dirty player who’s only good for fights and delivering illegal hits.

His history with the NHL Department of Player Safety has warranted some of that criticism; however after returning from his 14 game suspension at the beginning of last season, he registered career highs in goals (22) and points (40). That’s after missing another five games with a concussion early in the season.

Skating on the first line with Ovechkin and Backstrom, Wilson is expected to improve even more on his impressive 2018-2019 campaign while still remaining the guy no one on the opposing team wants to cross in the wrong way.

Believe it or not, Ovechkin is the oldest player on the team for the first time in his career. At age 34, the 15-year veteran sets a new record with almost every goal he scores. He is on pace, and expected by many, to beat Wayne Gretzky’s record of 894 career goals. He’s currently 236 goals away and will catch The Great One if he averages 40 goals over the next six years.

There’s a lot of significance in those numbers. Six years puts Ovi at age 40. As far as his contract, it expires after the 2020-2021 season but he has said he hasn’t started thinking about retirement and he doesn’t want to play anywhere outside of the District of Columbia. A four year extension to close out his career is not far fetched.

Maybe the most impressive stat in Ovechkin’s current run is his attendance. Since the start of the 2016-2017 season, the Captain has only missed one game. That game came last season and was a mandatory one game suspension because he chose to skip the All-Star Game in lieu of resting for the remainder of the regular season.

Some would think something has to inevitably happens to cause him to miss significant time but he has yet to miss more than four games in any season in his career. Maybe the Russian Machine never does break.