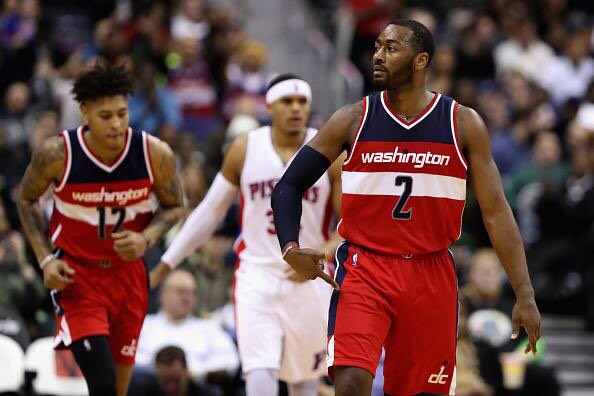 The NBA season is not a sprint. It is a marathon. Sometimes it is not how you start the season, but how you end it which is more important in some regards. The season is far from over and the Washington Wizards are turning a corner. They have won four of their last five games including a beatdown of the Detroit Pistons 122-106. Everything clicked for the Wizards in this game on both ends of the floor. Bradley Beal set a record by scoring his 500th 3-pointer in his career. The Wizards did manage to give up 31 points in the fourth quarter, however, this game was a little too far out of reach for Detroit. 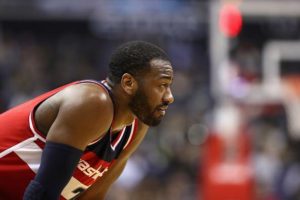 What Worked For Washington?

Beal and Wall were the offensive workhorses tonight. They scored a combined 54 points on only 30 field goal attempts and shot 60% collectively. All five starters were in double digits. Marcin Gortat owned the boards grabbing 14 rebounds. Even the much-maligned bench did their part by scoring 30 points on 50% shooting. Head Coach Scott Brooks was very pleased with his team effort tonight.

“I think we are getting into a nice rhythm,” said Brooks post game then he went on to say, “We’re not where we want to be, but I’ve seen progress and we’re playing good basketball.”

The Wizards are playing good basketball, however there a few things they need to fix in order to really be successful. Consistency is key. Kelly Oubre played a total of 34 minutes and was 1-for-6 from the field. He has only seven points and many of those came from free throws. Now, Oubre did make his presence known on the boards. He grabbed a total of five rebounds. Opportunities are hard to come by, so if Oubre will play major minutes his production on the offensive end is very essential. Oubre was thought to have a high ceiling for his scoring abilities and being able to knock down the open three point shot. Two years in, it seems he is still trying to find his role. He must take advantage of this type of occasion of playing many minutes.

Now it seems the Wizards know what they need to do to be successful and to turn this dismal season into something positive. Their next challenge will be the Los Angeles Clippers. The Clippers were one of the best teams starting out this season and then hit a rough patch. Since then, the Clippers have five of their last seven games. Which includes winning all of their games on their East Coast Road Trip they are on currently. Washington will have their hands full, but a win against the Clippers could be the momentum they need going into this Midwest Road trip.

The Wizards will play on a back-to-back vs  Clippers then head to Indiana and play the Pacers on Monday. Being victorious over the next week will put this team over .500 and a new season will begin for this team. The Eastern Conference standings are interesting. The third seed to the eight seed is either two games over .500, at .500. Gaining ground here would put the Wizards in prime position to be in the top-8 right before the New Year.