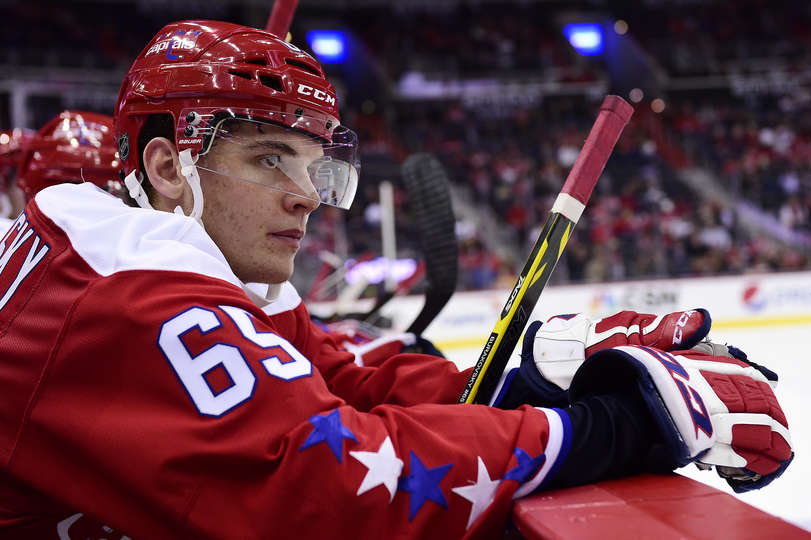 The Washington Capitals couldn’t convert their scoring chances into goals, leading them to a 3-0 loss to the New York Islanders Friday.

Despite what the score suggests Washington put pressure on New York. Islanders goalie Jaroslav Halak saved all 38 of the Capitals’ shots on goal.

“Obviously, there’s still things that need to be cleaned up, but I think we are heading in the right direction right now.” Halak said after New York won its third straight game, according to The Associated Press.

Washington again failed to convert power play chances into goals. The Capitals had six scoreless man advantages on the night.

“The story of the game was our power play wasn’t very good,” Capitals forward Matt Niskanen said, per The Washington Post. “Their penalty kill won them the game.”

During one of the power play chances, Washington forward Justin Williams knocked a cross-ice pass in for a goal as the first period expired. However, officials reviewed the play and found the puck was inches away from crossing the goal line when the period’s clock hit zero, revoking the score.

“In the old days, that would’ve been a big goal,” Capitals head coach Barry Trotz said, according to The Washington Post.

Washington hasn’t scored a power-play goal in its last two games, going 0-10 with the man advantage over the span.

With Friday’s slide, the Capitals dropped from 19th to 24th in the NHL in power-play scoring percentage.

The game was scorless until New York scored three goals in 4:28 in the third period.

Islanders forward Shane Prince led off the scoring in the fourth minute of the third frame. Capitals defenseman Dmitry Orlov fumbled the puck at Washington’s blue line and the undefended Prince slung a wrist shot past Capitals goalie Braden Holtby.

“To be able to string three [wins] in a row together, especially the back-to-back against two of the best teams in the league, it’s huge for us and we’ve got to build off it and keep it going,” Prince said, per the New York Post.

New York forward Brock Nelson scored the Islanders’ second goal at the 6:43 mark of the third period. Orlov fielded the puck at the boards and tried to shuffle it to Williams, but New York intercepted the pass in front of Holtby. After a few blocked shots, Nelson snagged a rebound and knocked it in to move the Islanders’ lead to 2-0.

“Today we lost because of my two mistakes,” Orlov said, according to The Washington Post. “We don’t have these moments, who knows?”

Former Capital Jason Chimera capped off the Islanders’ scoring on a backhander in the third period’s eighth minute.

“In the end, it comes down to little moments, and we didn’t do enough of them tonight,” Holtby said, per The Washington Post. “Three goals in that span, it can’t happen … the third goal especially. It’s my fault.”

In the first two periods, Holtby had saved all 20 of New York’s shots on goal. He finished the night saving 25 of the 28 Islanders shots.

A Night to Remember:

“It’s a big moment for a young man who dreams of playing his first NHL game,” Trotz said, according to The Washington Post.

The 20-year-old was the Capitals’ first round selection in the 2014 NHL Draft.

Washington forward T.J. Oshie missed his fifth straight game with an upper-body injury. However, he returned to practice Monday.

Trotz said he doesn’t plan on playing him this week.

The Capitals’ second straight loss dropped them to 13-7-2 and fourth place in the Metropolitan Division. They remain five points behind the first place New York Rangers.

The eighth place Islanders improved to 9-10-4.

Washington will head to Tampa Bay to face the Lightning Saturday night.