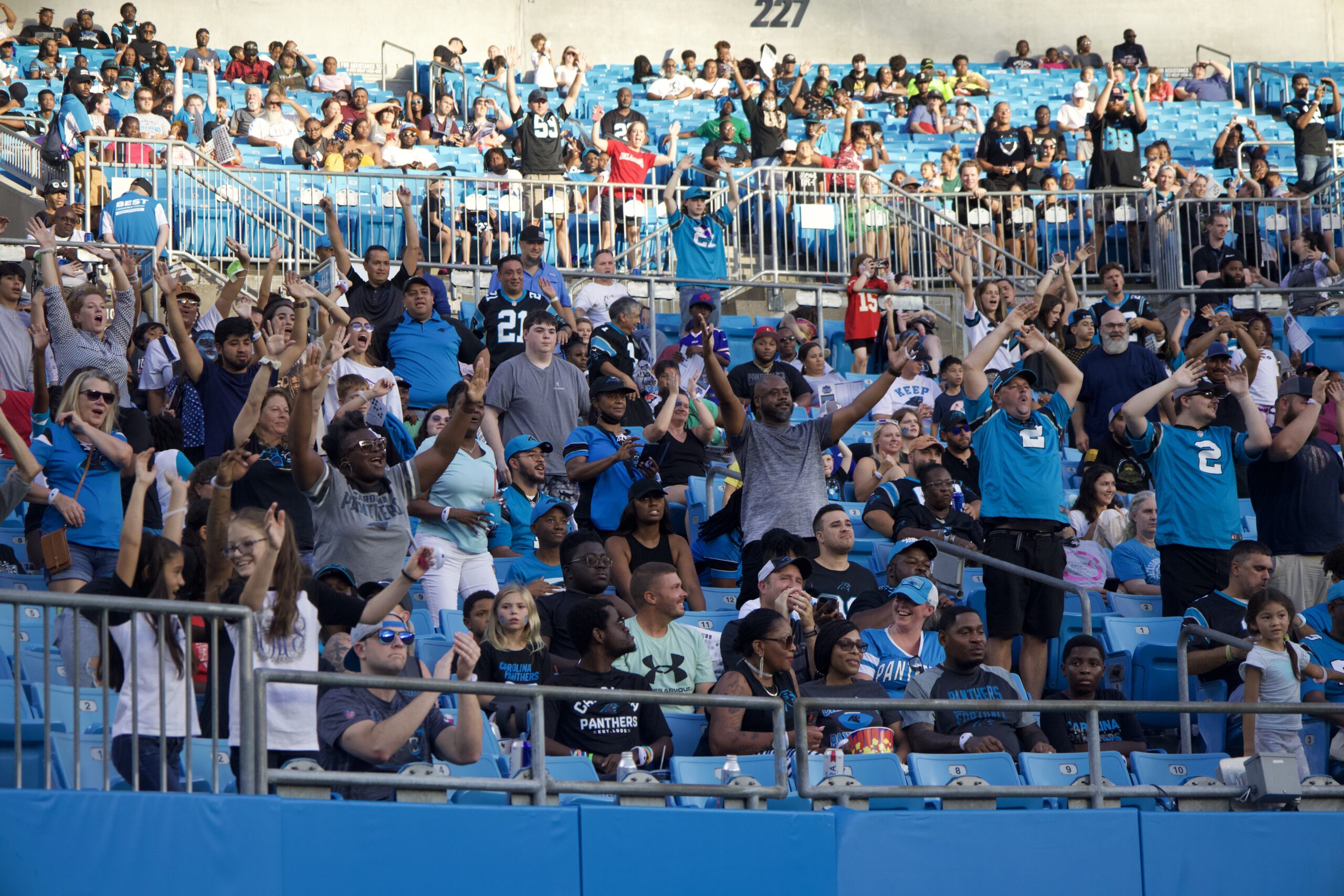 The Carolina Panthers broke camp on Wednesday and were back in Bank of America Stadium on Thursday for a practice under the lights in front of their fans. Some were hopeful for a glimpse into the Panthers’ plans for QB1 and they may have gotten a hint – or maybe not. Baker Mayfield took the first reps with the first team during red zone drills but after practice, head coach Matt Rhule said that the team has not named their starter yet. Both Mayfield and Sam Darnold will each play a series in Saturday’s first preseason game against the Washington Commanders. Defensive starters Shaq Thompson and Jaycee Horn will not play. Rhule anticipates that the starters will play limited snaps as well.

The action wasn’t limited to the field, however. Wide receiver DJ Moore played peacemaker when a couple fans in the stands had an altercation.

Tempers settled back down and now Panthers fans and players look forward to Saturday’s preseason game and a first look at some Carolina newcomers.

Flip through for photos from the Fan Fest event.