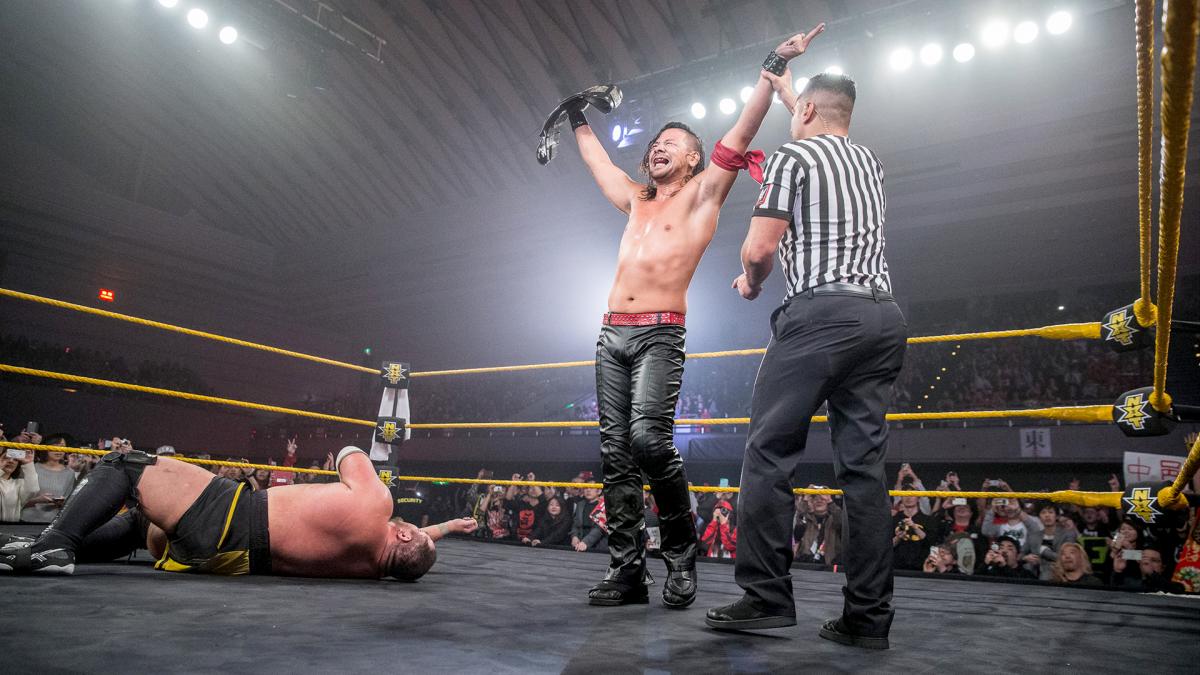 No Way Jose and Rich Swann were looking for revenge against SAnitY after both Superstars suffered brutal beat downs at the hands of SAnity at a dark match during NXT TakeOver Toronto. Now usually  SAnitY Sawyer Fulton is with SAnitY but this week he was not there.  Eric Young took what looked to be Fulton’s jacket and spit on it before throwing it out of the ring.

During this match the fans got introduced to a new wrestler named Damo who is a beast he appeared in the crowd, he took taking out Jose on the outside before Young finished his work back inside the ring to pick up the win for SAnitY.The lasting image of Damo walked up the ramp and-and he threw  Fulton’s jacket he sent a message. In the backstage area, fans saw an intriguing face-to-face encounter with Nikki Cross and Asuka. Only time will tell what’s in store for these two women. Kimber Lee did her best to slow down Ember Moon but there was is no answer for stopping her. Moon made quick work of Lee when she connected with her signature finisher a devastating stunner off the top rope. On Saturday night, the epic trilogy took place during an NXT live event in Osaka, Samoa Joe defended his newly won NXT Championship against Shinsuke Nakamura at NXT TakeOver Toronto. Therefore NXT gave the fans the opportunity to witness the entire match and witness history. The contest began with both wrestlers trying to read one and other because both were well scouted against each other. This match moved to the outside with Joe as he wanted to use the steel steps on Nakamura but The Samoan Submission Specialist went head-first into the steps.

This proved to be the turning point of the match, Nakamura capitalized back in the ring as he connected with a knee to Joe’s face that was followed by Kinshasa for the victory. Shinsuke Nakamura made history as he became a two-time NXT World Champion.  This rivalry will continue next week when NXT comes to Melbourne Australia it will be inside a steel cage for the NXT World Championship.