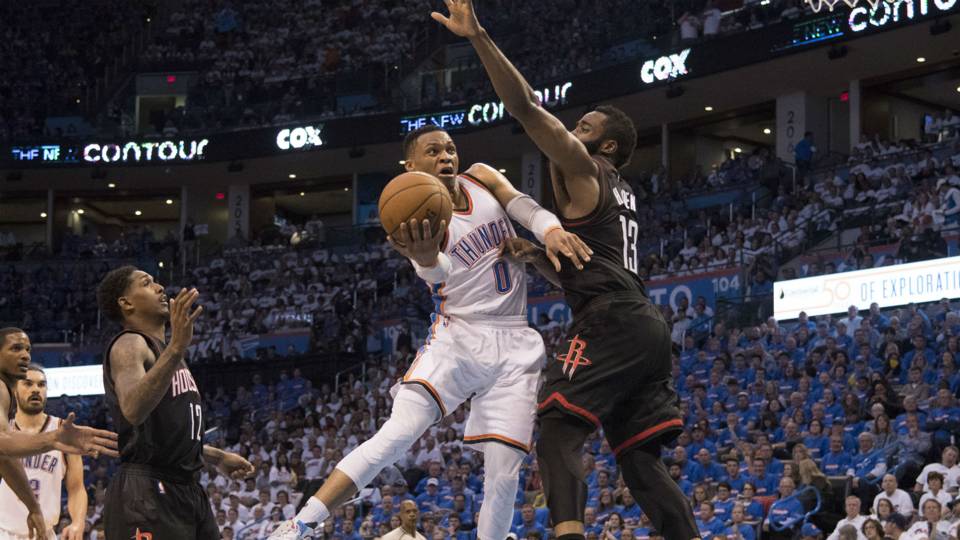 The criticism  Westbrook received from last game of shooting too much, he must’ve took to heart. Other Thunder teammates took in the scoring and stepped up shooting 55 percent from the field. Taj Gibson scored 20 points while Andre Roberson and Victor Oladipo added 12 points a piece.

OKC started off with an 11-2 run off a dunk from Taj Gibson.

Thunder kept it up even having the lead at halftime, 65-58. Harden managed to get his team within single-digits with a nothing but net three. After three quarters, it was the MVP candidates scoring showdown. Westbrook had 23 points, 10 rebounds and 11 assists. Harden was at 31 points, five rebounds and six assists. OKC was playing like they didn’t want to be down 0-3 in the series.

The second half was even throughout as Houston pushed through to come back only down three with 3:35 remaining in the 4th quarter. Harden was fouled by Oladipo with 8.8 seconds remaining making two of the free throws cutting the lead to one. One free throw made from Westbrook gave OKC the 115-113 lead and the win. Game 4 will be Sunday afternoon in Oklahoma City.