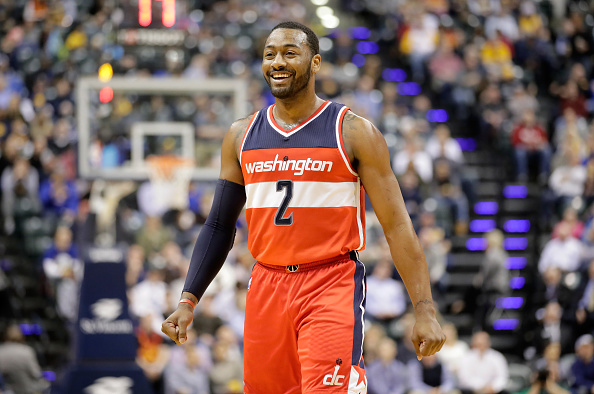 The Washington Wizards will go into the all-star break with a win after a 111-98 win over the Indiana Pacers to take the season series 3-1.

In the first quarter, Otto Porter, Jr. showed why he is the league’s best three-point shooter.  Porter hit five threes for 15 first quarter points.  The Wizards outscored the Pacers 34-27 to take an early lead.  In the second quarter, Washington started to pull away.  They started off the second period on a 25-16 run, leading by as much as 19 points.  Although they started off strong, Washington has had problems finishing.  The Pacers close the quarter on a 9-0 run and cut the lead down to 10 points at halftime.

The Wizards allowed Indiana to come within five points during the third quarter and things were not looking well.  Although they came close, Washington refused to give them the lead.  They held on to finish the third quarter off strong and take a 13-point lead heading into the fourth quarter.

The fourth quarter started off with Washington taking a 15-point lead.  They maintained a double-digit throughout the fourth.  Nevertheless like many times before, the Wizards struggled to close out the game.  With less than five minutes left, the Pacers cut the lead down to single digits.  Despite their hard-fought efforts, the Pacers could not overtake the Wizards.  Washington ended the game on a 11-4 run to leave the Pacers with their heads hanging low.

This is a team that got over their road woes.  This squad came in the New Year making their New Year’s resolution to win and be better.  They are 18-5 in 2017 so far and have won 11 of their last 12 games.  Their ultimate goal from all-star John Wall is to “make the Eastern Conference Finals.”  Although that is a great goal, they may have another goal in mind.  This one requires that they play in June against a Western Conference opponent.  After being overlooked all season, the Wizards will be a force to be reckoned with following the all-star break.